ICE arrests rapper 21 Savage, says he's in the US illegally 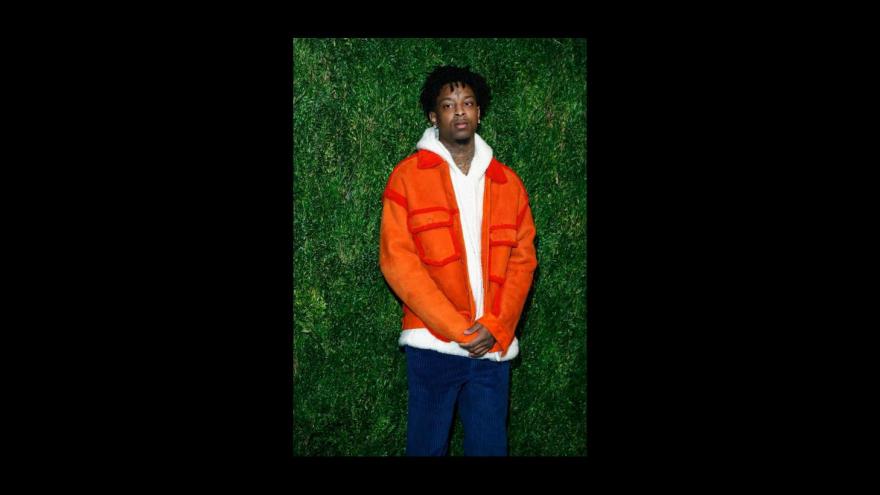 (CNN) -- Grammy-nominated rapper 21 Savage was arrested in Atlanta early Sunday by US Immigration and Customs Enforcement, according to ICE spokesperson Bryan Cox. The agency says he is illegally present in the United States.

ICE says that the rapper, whose real name is Shayaabin Abraham-Joseph, is a citizen of the United Kingdom, according to Cox. The agency alleges that he entered the US legally in July 2005, when he was a minor, but subsequently failed to depart under the terms of his nonimmigrant visa. ICE says Abraham-Joseph became unlawfully present when his visa expired in July 2006.

"Mr. Abraham-Joseph is presently in ICE custody in Georgia and has been placed into removal proceedings before the federal immigration courts," ICE said in a statement. "ICE will now await the outcome of his case before a federal immigration judge to determine future actions."

An attorney for Abraham-Joseph said his representatives were working to secure his release.

"We are working diligently to get Mr. Abraham-Joseph out of detention while we work with the authorities to clear up any misunderstandings," Dina LaPolt said in a statement to CNN. "Mr. Abraham-Joseph is a role model to the young people in this country, especially in Atlanta, Georgia, and is actively working in the community leading programs to help underprivileged youths in financial literacy."

Cox said Abraham-Joseph was arrested in a targeted sting.

21 Savage features on the song "Rockstar" by Post Malone, which was nominated for Record of the Year and Best Rap Performance at the Grammys.

ICE's allegation that Abraham-Joseph is British came as a shock to the artist's fans, as he is most closely associated with Atlanta and its music scene. He has said the "21" in his name is a reference to a street gang in Decatur, and his songs often refer to his past in East Atlanta's Zone 6. In "Bank Account," for example, he raps that he is "straight up out the 6."

The Atlanta-based rapper released his album "Issa Album" in 2017, featuring the hit song "Bank Account." His second album "I Am > I Was" was released in December 2018. He has also released a collaborative album with Offset and Metro Boomin named "Without Warning" in October 2017.