'I have not lost my voice': Giffords relates personal recovery to American resilience in powerful DNC speech 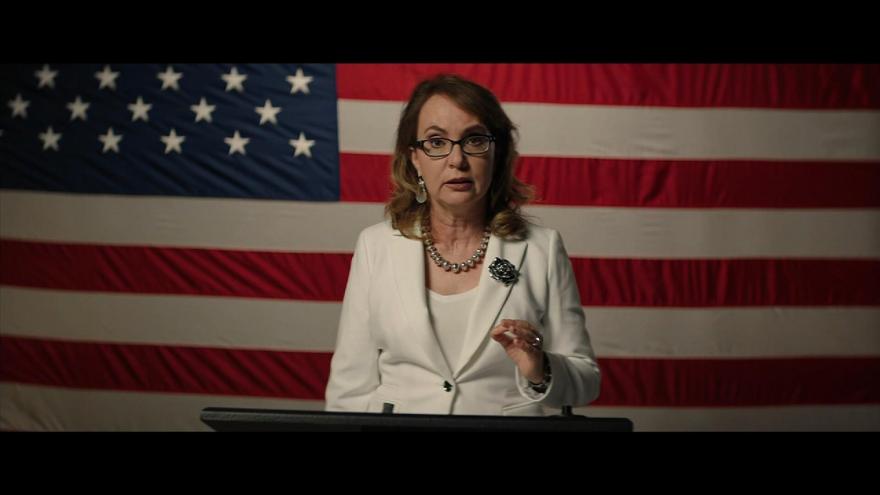 'I have not lost my voice': Giffords relates personal recovery to American resilience in powerful DNC speech

(CNN) -- Gabby Giffords, the former congresswoman from Arizona who was shot and wounded in a 2011 mass shooting, urged Americans to summon resilience and strength in a powerful speech on the third night of the Democratic National Convention.

Giffords, a key voice on gun violence prevention who had been shot in the head while speaking with constituents during the deadly attack in Tucson, urged Americans to take action to end gun violence in a taped speech calling on voters to elect Biden as president. Her remarks were the longest she has given since surviving the shooting nearly a decade ago, her spokesman Jason Phelps told CNN.

"Words once came easily, today I struggle to speak. But I have not lost my voice. America needs all of us to speak out, even when you have to fight to find the words," Giffords said.

Giffords worked for months with her speech therapist to perfect her remarks to capture her connection with Biden, who she endorsed in March, and the importance of this moment in history, according to Phelps.

The video showed the former congresswoman playing the French horn, an instrument she played when she was a teen, highlighting just how far she has come in her recovery.

"I've known the darkest of days. Days of pain and uncertain recovery. But confronted by despair I've summoned hope. Confronted by paralysis and aphasia I've responded with grit and determination. I put one foot in front of the other. I've found one word and then I found another," Giffords said. "My recovery is a daily fight but fighting makes me stronger."

Giffords urged Americans to fight for their country the way she fought for her recovery, and urged voters to support Biden and "be on the right side of history."

"We are at a crossroads," Giffords said. "We can let the shooting continue or we can act. We can protect our families, our future. We can vote. We can be on the right side of history. We must elect Joe Biden. He was there for me, he'll be there for you too. Join us in this fight. Vote vote vote."

Giffords has become a symbol in the Democratic fight for stricter gun laws. On the eighth anniversary of the day she was shot, Giffords returned to Capitol Hill to help House Democrats introduce a bill requiring background checks on private transactions related to gun sales.

In 2013, Giffords and her husband launched the website, "Americans for Responsible Solutions," which addresses gun violence prevention and gun owner responsibility. It was later renamed "Giffords."

Giffords' taped speech was introduced by a video on her life voiced by actress Regina King.

"It was an honor to help share Congresswoman Gabrielle Giffords' story of perseverance and courage as part of the Democratic National Convention," King said in a statement. "Her determination to never stay silent, against all odds, should be inspiration to us all."