'I forgive him': Uvalde victim's uncle turns to his faith in wake of deadly school shooting 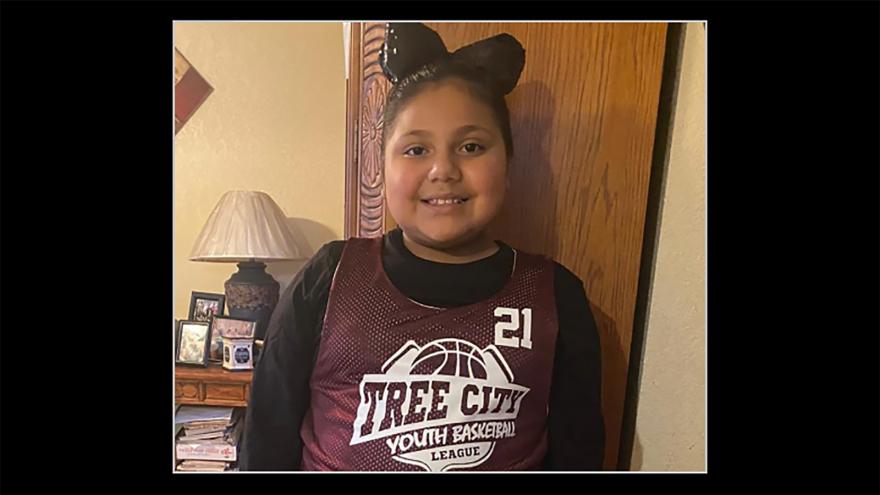 (CNN) -- Adrian Alonzo says he got used to Uvalde schools being in lockdown, usually because of issues related to immigration, in this small town close to the southern border. But he realized that Tuesday's alert was different when he got a notice that school buses would not be running that day.

As he went to pick up his son, Aiden, from a school near Robb Elementary, he saw the heavy police presence and panicked.

"I can't explain the joy I had when I saw my son walk out of those doors, and I finally had him. But as a parent, I wanted to squeeze him right there, but I wanted to get him out because I didn't want him to see all that," Alonzo said during an interview outside his Uvalde home.

His son was safe, but he soon learned that his niece, Ellie Garcia, was still unaccounted for.

He called his sister-in-law Jennifer, Ellie's mother, and told her that he would check the nearby SSGT Willie de Leon Civic Center, where officials were taking students to reunite with their families.

When he got there, it was already around 4 p.m. and almost empty.

"The school officials tell me that there's no more children here. They've all been picked up.

"That school official, I could see it in her eyes and her eyes became glassy and teary, and she said, 'Sir, they'll make a statement soon.'"

"''But I'm missing my niece. She's not here,'" he recalled pleading.

"'They'll make a statement soon,'" he remembered her replying simply. He knew then that something was terribly wrong.

"In my mind, I tried to stay optimistic, but the reality of it was sinking in at that time," he said. "It wasn't until my wife told me that they were taking DNA swabs from all the parents. ... Why else would they need DNA swabs?"

An hour later, his wife called to tell him that Ellie was among the murdered children at Robb Elementary's shooting massacre.

"By far the worst day of my life. And I'll never forget that day. I can replay those hours so vividly in my mind and it's just etched in my mind," Alonzo said.

Forgiveness - even for the gunman

Ellie Garcia and her uncle Adrian were very close. He, his wife and their son -- Aiden, Ellie's cousin -- picked Ellie up for church most Sundays. Alonzo describes her as a happy kid who loved her family and friends, her dog Rocco, TikTok dances and basketball.

She was excited for her 10th birthday coming up on June 4. She will now never reach those magical double digits. Her family will bury her two days later on June 6.

"Those days will be here, and I just pray that God gives our family comfort and the strength to make it through that weekend," he said.

Alonzo said that he bonded with his niece over their faith, which is clearly carrying him through this unimaginable tragedy.

He even volunteered that he forgives the gunman who killed his niece, 18 other children, and 2 adults in cold blood.

When pressed on how he could get to the place where he forgives the shooter only days after the massacre and even before Ellie was buried, he cited Scripture.

"The Bible says in Ephesians 4 that we must forgive one another, just as God has forgiven. And I hold no hatred toward him," Alonzo said.

To be sure, he is very angry.

"I am filled with anger, but I feel no hatred towards him," he said calmly.

He is also angry at any law enforcement officials who may have made errors in waiting so long before going into his niece's classroom.

"She could have been saved. She might have been injured. We don't know if she was alive within those, what was it, 70 minutes, I think. We don't know if she was alive. I can only hope that she felt no pain and I hope it was quick and she did not suffer. Who knows? Maybe she wouldn't have been a survivor. But I feel within those minutes, hour, we would not have 19 children," he said, adding that he also forgives anyone in law enforcement who made any mistakes.

Alonzo is a hunter and a gun owner. He says that won't change.

But he does not think assault weapons like the one the shooter bought legally in Texas should be allowed.

"Do I believe that our guns should be taken away from civilians? No, I'm against that, but I am for the ban of AR-15 assault rifles. No civilian should have that kind of rifle, only military and police. Those are weapons of war, and civilians do not need weapons of war," Alonzo said. "Collectively, I think a lot can be done, not only gun laws, but also in social media algorithms, something. Let's say the algorithm had caught those words and a notification would've been sent to authorities, 'Hey, this user is saying he's going to shoot the school.' They would've gotten into that real quick and possibly, maybe, then stopped it."

He hopes politicians can put their differences aside and find solutions, but like most Americans, he is skeptical.

For now, he is focused on his family - helping his son, Ellie's cousin, cope. He is helping Ellie's parents -- his sister-in-law and brother-in-law -- with errands and whatever else they need. And he is speaking out about his beautiful niece.

"We were thankful to have Ellie for the nine years of her life with us. We will never forget her," Alonzo said. "She will always be a part of this family, even in her death."