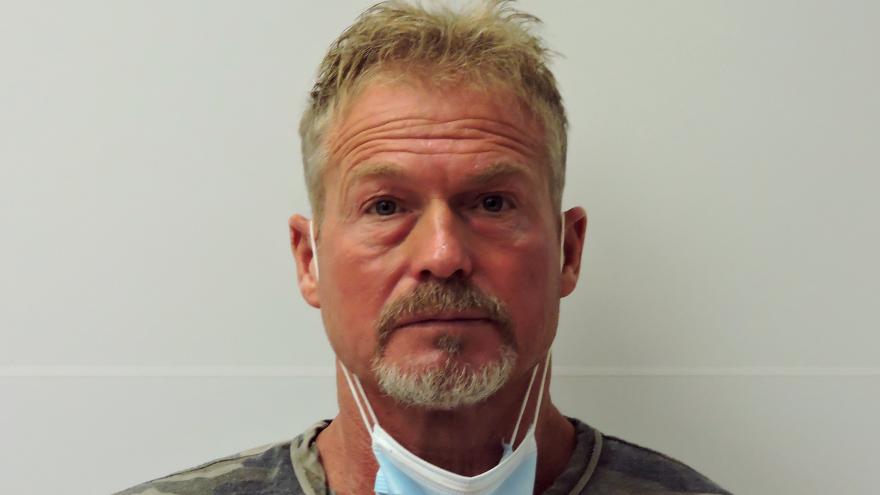 (CNN) -- A Colorado man who was recently charged with murder in the disappearance of his wife a year ago has also been charged with voter fraud for voting for Donald Trump in the 2020 presidential election using his wife's mail-in ballot, according to an affidavit.

Barry Lee Morphew last week was charged with murder, tampering with physical evidence and attempting to influence a public servant in connection with the death of his wife, Suzanne Morphew.

The affidavit shows that a Chaffee County clerk reported the alleged voter fraud on October 22, 2020, after receiving a "voter ballot predesignated for a missing person, identified as Suzanne Renee Morphew."

While the ballot did not have a voter signature, it had a handwritten name of Barry Lee Morphew on the designated signature line for a witness, according to the affidavit.

When FBI agents went to interview Barry Morphew on April 22, 2021, he told them he did it because he wanted Trump to win reelection.

Morphew allegedly also said, "I figured all these other guys are cheating" and "I know she (referring to Suzanne Renee Morphew) was going to vote for Trump (referring to President Trump) anyway," according to the affidavit.

He allegedly told investigators that he didn't know it was illegal to vote for your spouse, the affidavit said.

His bail for this charge was set at $1,000, according to a court document from Colorado's Eleventh Judicial District. He is being held at the Chaffee County Detention Facility without bond regarding the charges related to his wife's disappearance, officials said in a news release last week.

Morphew appeared in court Thursday for an advisement hearing on the murder charges and was assigned a public offender.

While CNN has contacted the attorney for comment, the policy of the Office of the Colorado State Public Defender is not to comment on criminal cases.

Morphew is scheduled to be in court again on May 27.