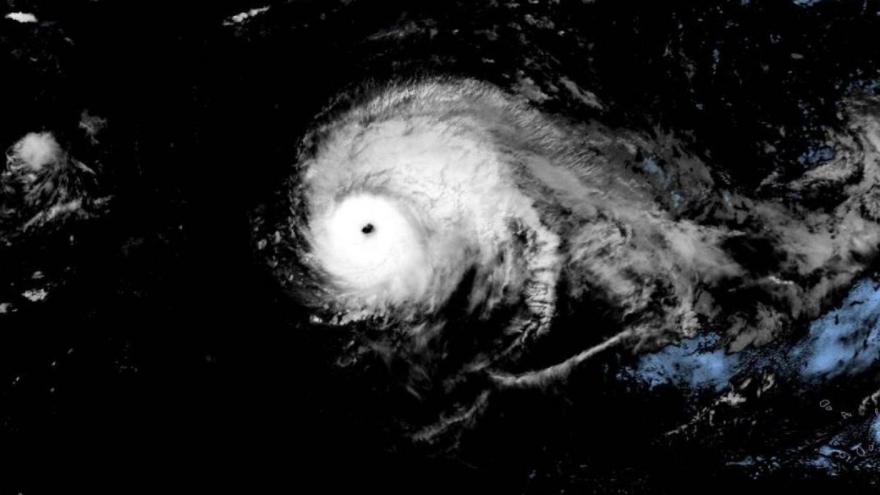 Hurricane Lorenzo strengthened into a Category 4 storm as it churned in the central Atlantic on Saturday night.

Lorenzo is the strongest hurricane recorded so far north and east in the Atlantic basin, the National Hurricane Center said Saturday night when the storm reached Category 5. The hurricane's thick core surrounded a big, clear eye as it joined the rare club of the most intense category of storms.

According to the hurricane center's forecast track, Lorenzo is expected to pass over or near the Azores in a few days. Storm watches for the Azores could be issued later Sunday, the NHC said in its latest update. Strong winds are likely Tuesday night and Wednesday.

"Gradual weakening is expected over the next couple of days, but Lorenzo is expected to remain a large hurricane throughout that time," the center said.

Lorenzo was about 1,260 miles west-southwest of the Azores and was packing maximum sustained winds of 115 mph Sunday evening, according to the NHC update.

Although some models show the storm veering off to the northwest later in the week, it's possible Ireland cold see some strong winds from the storm, which will have weakened considerably by then, CNN meteorologist Haley Brink said.

"Ophelia did the same thing and impacted the region in 2017, bringing with it very strong winds," Brink said.

It would be a rare event for the UK to have a wind storm from a system that had been a hurricane, Brink said.