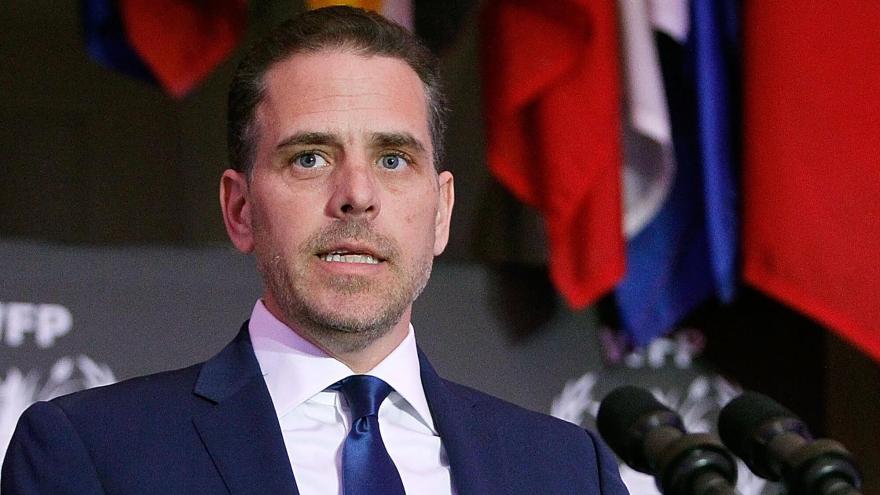 President Joe Biden's son Hunter, seen here in 2016, dodged several questions in a new interview about a controversial laptop that is tied to him and was seized by the FBI in 2019.

(CNN) -- President Joe Biden's son Hunter dodged several questions in a new interview about a controversial laptop that is tied to him and was seized by the FBI in 2019.

Hunter Biden told CBS News in an interview clip released on Friday that he has "no idea whether or not" the laptop belongs to him, but acknowledged that it was "certainly" a possibility, before raising several other theories.

The comments are some of the only ones made publicly by Biden about the matter. During the 2020 campaign, former President Donald Trump repeatedly cited the laptop and its alleged contents to promote dubious corruption claims against Biden and his father regarding their dealings in Ukraine.

The FBI took possession of a laptop that is purported to belong to Hunter Biden. Investigators subpoenaed the laptop in 2019 from a computer shop in Delaware, CNN previously reported.

A law enforcement source has told CNN that the assumption is that it is Hunter Biden's laptop. But the FBI is still working through the content and the integrity of what is on it, because it was not in Hunter Biden's sole possession the whole time before it was handed over to the FBI.

It's unclear whether the laptop and its contents are relevant to the ongoing criminal investigation into Hunter Biden's foreign business dealings, primarily in China, CNN previously reported. Federal prosecutors in Delaware are working with the FBI and IRS to examine multiple financial issues, including whether he and his associates violated tax laws and money laundering laws.