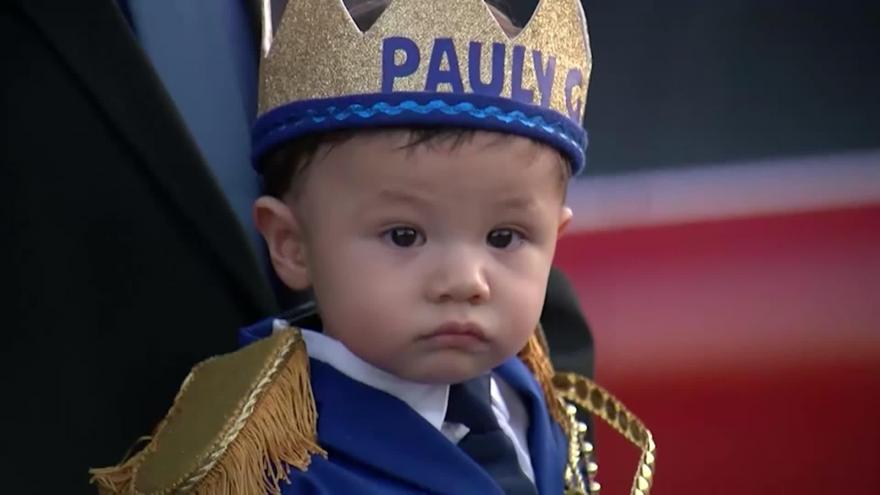 The parade was organized for the youngest victim of the El Paso shooting.

(CNN) -- A Texas community hit by terrible tragedy months ago came together over the weekend to celebrate a survivor's first birthday.

Paul Gilbert Anchondo was two months old when his parents died shielding him from a shooter at an El Paso, Texas, Walmart on August 3, 2019.

Over the weekend, the toddler turned 1, CNN affiliate KVIA reported, and hundreds of residents drove in a parade to celebrate the boy.

They wanted to remind him "he's not by himself," Gilbert Anchondo, the baby's grandfather, told the news station.

"We want him to remember that everybody here in the El Paso area and our community is supporting him," he said.

Relatives said in August the boy's mother, Jordan Anchondo, shielded the baby with her body when she was shot and his father, Andre Anchondo, tried to protect them both.

"The shooter had aimed at Jordan. And Andre jumped in front of Jordan. And the shooter shot Andre, and the bullets went through Andre and hit Jordan," Misti Jamrowski, Jordan Anchondo's mom, told CNN at the time.

And while it was relatives and friends who began putting together the idea for the parade, as more community members found out about it, they wanted to help as well, participants said.

Eduardo Prieto, a motorcyclist who rode in the parade, said since the boy's parents couldn't be there to celebrate with him on his birthday, the community wanted to make sure his first celebration was a great one.

"He's a symbol of the goodness that came out of it because he brought everyone even more so together," Joshua Hernandez, another participant of the parade, told KVIA.

Patrick Crusius, the suspect in the shooting that claimed 23 lives, remains in custody and has been indicted on 90 federal charges, including hate crimes, court documents show.