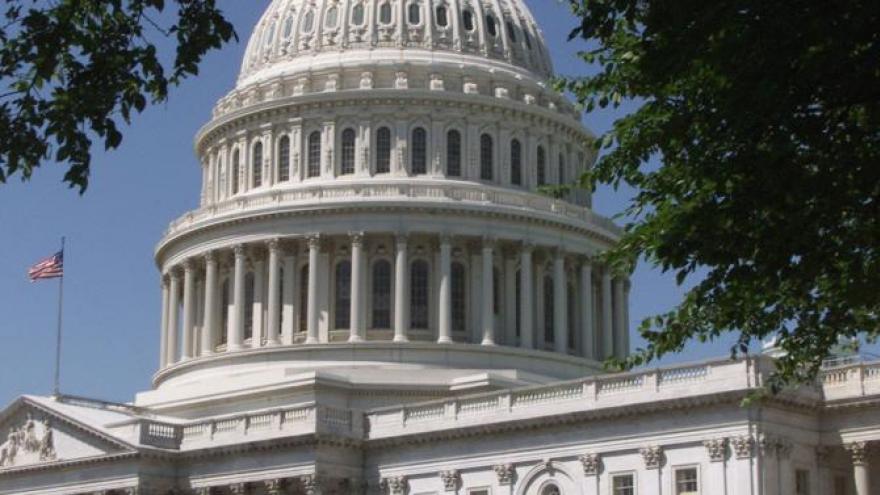 An American flag flies at the U.S. Capitol building.

(CNN) -- Hundreds of congressional staffers wrote an open letter to senators urging them to consider the trauma aides experienced during the deadly insurrection at the US Capitol and to convict former President Donald Trump "for our sake, and the sake of the country."

"We are staff who work for members of the U.S. Senate and the U.S. House of Representatives, where it is our honor and privilege to serve our country and our fellow Americans. We write this letter to share our own views and experiences, not the views of our employers. But on January 6, 2021, our workplace was attacked by a violent mob trying to stop the electoral college vote count. That mob was incited by former president Donald J. Trump and his political allies, some of whom we pass every day in the hallways at work," more than 370 staffers, who are predominantly Democrats, wrote in the letter released Wednesday.

Trump was impeached by the House of Representatives before he left office in January for inciting the insurrection at the Capitol, which forced lawmakers and staffers alike to evacuate their offices. Arguments in the Senate trial are set to begin next week, and House impeachment managers will argue that Trump is 'singularly responsible' for the riot, according to a brief they filed Tuesday.

"As Congressional employees, we don't have a vote on whether to convict Donald J. Trump for his role in inciting the violent attack at the Capitol, but our Senators do. And for our sake, and the sake of the country, we ask that they vote to convict the former president and bar him from ever holding office again."

Signers of the letter come from over 100 House offices, 15 Senate offices and 10 different committees, including the House Judiciary, Oversight and Foreign Affairs committees, according to the organizers.

"No one should have to experience something like this in their place of work," a staffer familiar with the drafting of the letter told CNN last week. "And I think it's important to tell this part of the story, because it's not just members of Congress who come to work at the Capitol every day. And it's not just staffers who work at the Capitol who were traumatized by what happened. And I think that is a piece of it. The trauma is there; the trauma is very real. And anytime that new pieces of information come out, you know, you're kind of re-traumatized."