'Hundreds of bugs' crawled from a girl's backpack, police say, as a Florida mom is charged with neglect 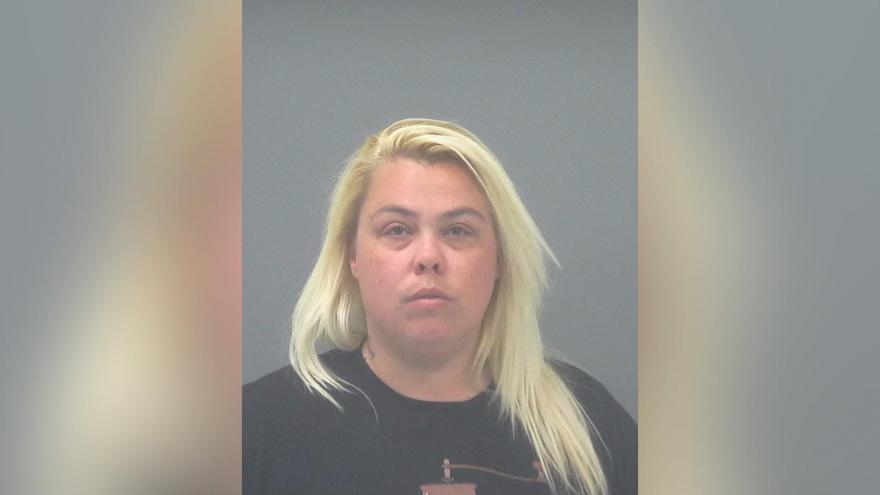 Jessica Stevenson has been released on bond. A judge ordered that she cannot contact her children while she awaits trial.

(CNN) -- A Florida woman was arrested last week on felony neglect charges after police said her five children were living in filthy conditions, including a girl whose backpack allegedly had bugs crawl out of it at school.

Jessica Nicole Stevenson, 33, of Milton in Florida's Panhandle, was arrested May 3, two weeks after an elementary school worker alleged that Stevenson's second-grade daughter had worn the same clothes to school for a week, court documents filed by the Santa Rosa County Sheriff's Office read.

The school worker made the allegation April 18 to a sheriff's deputy, who investigated.

The worker alleged, according to the deputy's investigation report:

• The girl, when asked, didn't know the last time she'd taken a shower or a bath.

• The worker gave the girl clean clothes, and dirt "was caked into" the old clothing.

• One of the garments "had caked fecal matter and urine soaked into" it.

• Previously, "hundreds of bugs crawled out of (the girl's) backpack in the lunchroom," and the worker was told that the children's house "is currently infested with roaches."

• The school had given the girl numerous new sets of clothes, "but eventually wears them over and over again."

The family's house was infested with roaches, sheriff's office says

That night, a sheriff's deputy checked the family's home, where Stevenson and her five children, ranging in age from 5 to 14, lived.

The house was infested with roaches and extremely filthy, the investigation report reads.

"The roaches were on nearly every surface in the home, to include on the children's mattress, in the pots and pans in the kitchen, and inside the cabinets/fridge," the report says.

Piles of cat feces were "all over the floor," and the cabinets had no food, according to the report.

"There were no clean clothes anywhere in the home except a few articles between the oldest children and the mother," the report reads.

The school worker said she alerted Florida's Department of Children and Families to the family at the start of the school year. The DCF visited the home "but determined it did not meet their removal criteria," the sheriff's deputy's investigation report reads.

Stevenson was charged with five counts of neglect of a child without great bodily harm, a third-degree felony. If convicted on all counts, she could be sentenced to up to 25 years in prison.

After bond was set at $12,500, Stevenson was released on May 4 after paying or promising to pay 10%, court documents say.

Stevenson says she has never neglected her children

CNN's attempts to reach Stevenson for comment Saturday were not immediately successful. Stevenson has indicated she wants a public defender to represent her, court documents show.

The county court clerk's office does not list an attorney for her. A call to the public defender's office in Santa Rosa County wasn't immediately returned.

Stevenson told CNN affiliate WEAR this week that she has never neglected or abused her children.

She said she is single and has little income.

"It's just not easy when you're one person and five kids. I want to do better, and I'm trying," Stevenson told WEAR.

As a condition for her release while awaiting trial, a judge ordered that she have no contact with her children and drink no alcohol.

It wasn't immediately clear where the children were living after Stevenson's release on bond.

She told WEAR her house does have roaches but she hopes to resolve that problem soon.

"We have roaches. And people will tell me all the time, everyone in Florida has roaches," Stevenson told WEAR

She is scheduled to be arraigned May 30 at the Santa Rosa County Courthouse in Milton, according to the court clerk's office.