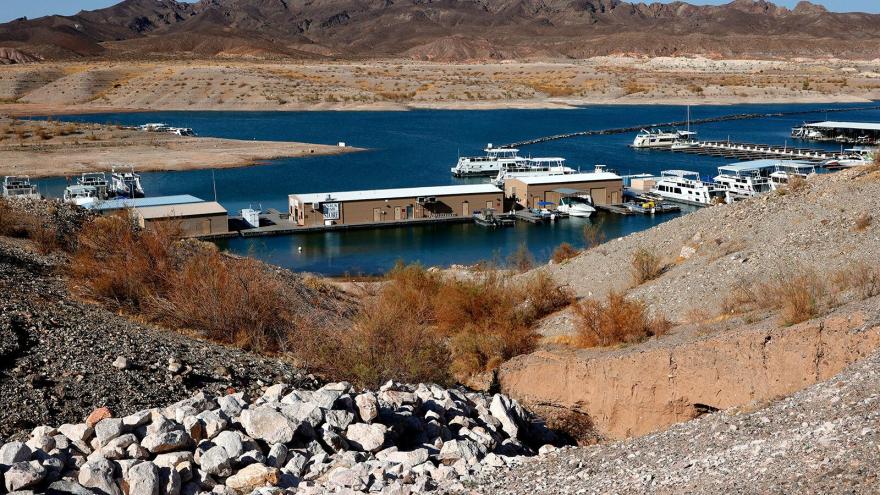 Human remains found at Lake Mead more than three months ago have been identified as Thomas Erndt, who is believed to have died by drowning two decades ago, authorities in Nevada said on August 25.

(CNN) -- Human remains found at Lake Mead more than three months ago have been identified as Thomas Erndt, who is believed to have died by drowning two decades ago, authorities in Nevada said Wednesday.

Erndt's remains, found in the lake's Callville Bay area on May 7, were identified through investigative information, DNA analysis and reports of the original incident, according to a news release from the Clark County Office of Communications & Strategy.

The 42-year-old from Las Vegas reportedly drowned August 2, 2002, authorities said, though the official cause and manner of death were undetermined Wednesday.

Erndt's remains are one of at least three sets of human remains discovered since May at the lake, where water levels have been plummeting to unprecedented lows as the drought crisis persists in the West.

The other remains found include a body in a corroding barrel with a gunshot wound, officials said previously. That case is being investigated as a homicide. Those remains, dubbed Hemenway Harbor Doe by the coroner's office, belonged to someone who died in the mid-'70s to early '80s, according to police.

Most recently, authorities recovered partial human remains at Lake Mead's Boulder Swim Beach in mid-August. It was the third time officials have found remains in that area, though it's unclear whether the three discoveries at Boulder Swim Beach are all from one person or separate individuals. The Clark County coroner has been working to determine if the first two discoveries in that area, which were both partial remains, are from the same person, a county spokesperson previously told CNN.

The process to identify human remains found at the lake has been challenging due to advance stages of decomposition, which makes it difficult to extract DNA for identification. The Clark County coroner's office uses X-rays, fingerprinting, forensic dentistry and analysis by forensic anthropologists in order to learn about a body, police and Clark County Coroner Melanie Rouse previously told CNN.

Lake Mead is the nation's largest reservoir straddling the Nevada-Arizona border and serves about 25 million people in Arizona, Nevada, California and Mexico. Recently, the lake's levels have plunged to record lows amid a megadrought fueled by the impacts of human-caused climate change. At its height in 1983, Lake Mead was 1,225 feet above sea level. But as of this summer, the level has been around 1,040 feet, about 27% of its full capacity.

The dropping water level has revealed other things in the lake, including a sunken World War II-era vessel and the reservoir's original 1971 intake valve.

Elsewhere, dwindling water levels have led to the revelation of dinosaur tracks from about 113 millions years ago in a Texas park after parts of a riverbed completely dried out as the state faced extreme drought conditions and heat waves this summer.