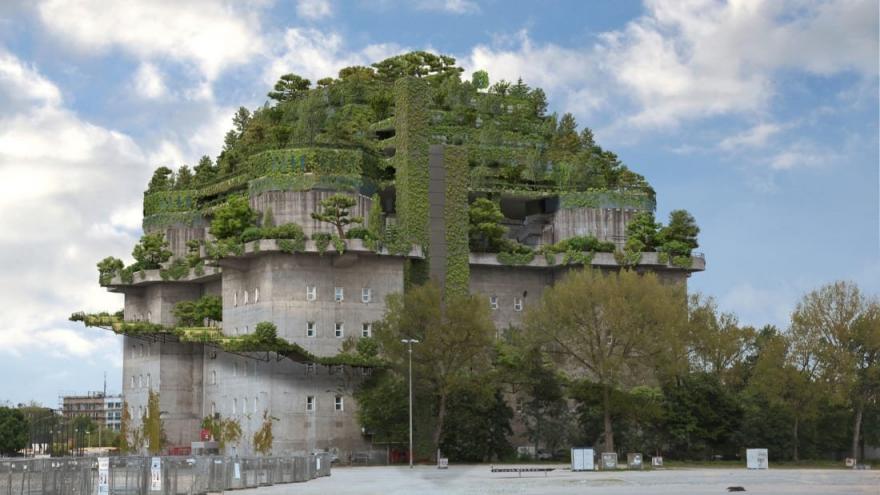 (CNN) -- A luxury hotel, complete with a lush rooftop garden, is set to open within a huge former Nazi bunker.

Originally called Flakturm IV (Flak Tower IV), the Hochbunker in the St Pauli district of Hamburg is testament to Germany's wartime past.

Built in 1942 in just 300 days, the bunker in the St Pauli district has been in constant use since the Nazis were defeated three years later, bringing an end to World War II.

Civilians were initially accommodated in the building during Germany's postwar housing crisis. The space was later used by a German TV station and other businesses. 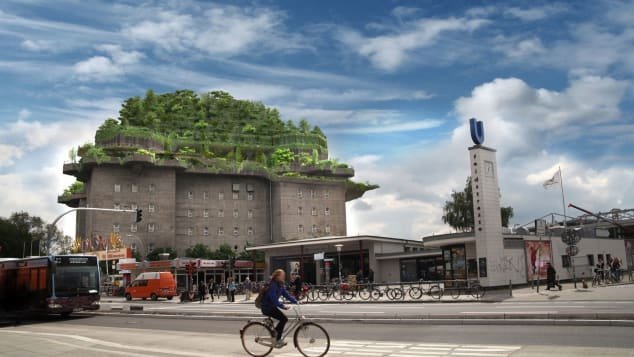 Since the 1990s, it has become known as the "media bunker," housing around 40 organizations including nightclubs, radio stations and studios, according to Hamburg's official tourism website.

Now a hotel is set to be established there too, with the whole complex set to undergo a massive overhaul that includes an innovative landscaping project.

NH Hotel Group hopes to create a 136-room hotel, to be called nhow Hamburg, with accommodation costing from 100 euros per night.

A statement on the group's website, says the hotel -- which will also feature a bar, café and restaurant -- is due to open in mid-2021.

The rooftop park, which will be open to all the inhabitants of the building, will include a memorial center for the victims of Nazi Germany.

The plan is to extend it by five pyramid-like floors, with the lavish roof garden offering a panoramic view over the city. According to planners, it will feature a "planted 'mountain path', which winds upwards around the bunker." 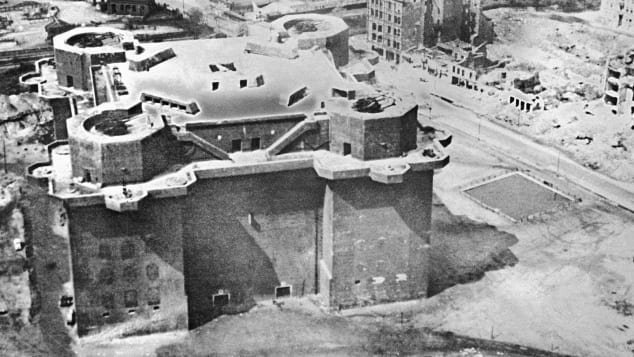 Plans to demolish it after the war were dismissed, according to the Hamburg website, as the amount of explosives required would have been likely to tear down surviving residential areas too.

Frank Schulze, spokesman for the Bunker St Pauli, said the project was part of an initiative dreamed up by locals to plant a "city garden for the neighborhood."

Schulze told CNN the hotel chain is not running the building scheme, but is a tenant like the other 40 companies which "continue to have their home in the bunker."

"In addition to this new public natural oasis, the bunker will for the first time receive a memorial to the victims of the Nazi regime and the Second World War," he added.

Maarten Markus, managing director Northern Europe, for the NH Hotel Group said in a statement to CNN that his company was aware of the history and significance of the building.

"Our design and lifestyle brand has an inclusive approach, meaning that nhow Hamburg will integrate itself into the neighborhood and creative scene."

The concept is likely to tap in to the growing trend for dark tourism, which involves travel to sites where death or suffering has occurred or been memorialized. Locations can include Holocaust sites, battlefields, prisons, slavery sites, graveyards and other places of great suffering.

"Dark tourism has become a pervasive cultural activity over the past couple of decades," Dr Philip Stone, executive director of the Institute for Dark Tourism Research, told CNN. "This former Nazi bunker being transformed into a hotel is a sign of difficult heritage appropriation. In short, rather than obliterating our places of pain and shame, we appropriate the functional aspects of buildings while commemorating its difficult past.

"Plans for an in-house memorial within the hotel shows how sensitive heritage can be appropriated, and where heritage can help us remember, whilst in some places history is forgotten.

"Future guests may be drawn to the hotel because of its difficult heritage, and there will always be a fine ethical line between exploitation and commercialism. The task is to appropriate the building in a responsible way and to provide guests with an authentic narrative. In that way, dark tourism can shine a light on our painful past."