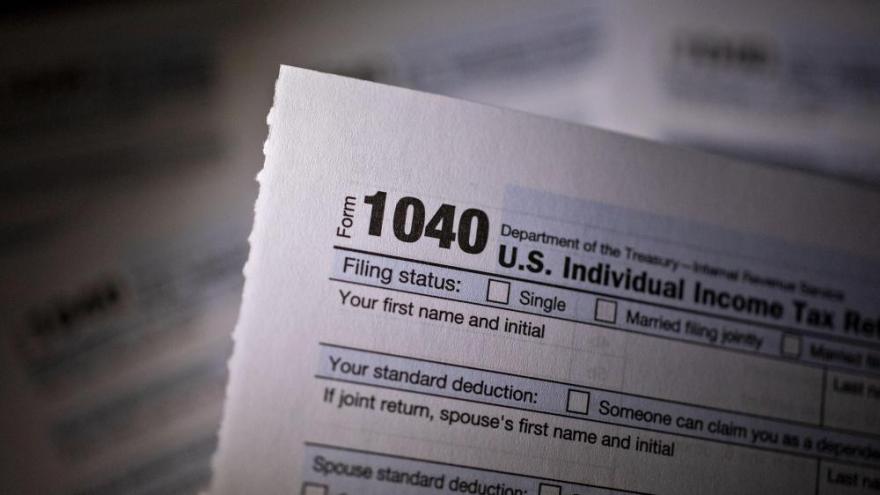 About 23 million of those returns were filed by individuals who may be waiting on refunds or stimulus checks, according to a report released Wednesday by the Taxpayer Advocate Service, an independent organization within the IRS. The rest are business tax returns.

The challenges of working during the pandemic, combined with last-minute tax changes made by Congress aimed at providing relief for struggling Americans, created a difficult tax filing season for the IRS, which has seen its budget shrink over the past decade.

The agency started the year with a backlog of returns from the 2020 filing season, which coincided with the onset of the pandemic. While last year's filing season was bumpy, the number of unprocessed returns as of mid-May was still more than double what was left over in 2020.

"This filing season was the quintessential definition of a perfect storm -- a particularly bad or critical state of affairs, arising from several negative and unpredictable factors -- resulting in tens of millions of taxpayers experiencing hardship and uncertainty in trying to reach a live assistor," wrote Erin Collins, the national taxpayer advocate.

Due to the reduction of in-person service during the pandemic and the new tax changes, the IRS received nearly four times the calls this year as in 2018 -- and only 9% of callers were able to reach a live person to ask for help, according to the report.

About 5 million are under review because there were discrepancies in how much the filers were claiming for their stimulus payments. Taxpayers who did not receive their stimulus checks, or are owed more than they originally received because they lost their jobs during the pandemic, are allowed to claim the difference on their tax returns. But when the amount they claim doesn't match IRS records, the agency has to conduct manual reviews.

Changes to the tax law in December and March left little to no time for the agency to update its system. One of the changes allowed taxpayers to claim larger Earned Income Tax Credits or Child Tax Credits if they lost income in 2020. But an IRS employee has to review returns from taxpayers who elected to use this benefit, looking back to their 2019 earnings.

RELATED: Here's what you need to know about the new stimulus child tax credit

The processing of another 2 million returns has been suspended because of possible identity theft. That's up from 800,000 returns flagged in 2019, the last year before the pandemic. The Taxpayer Advocate Service report says the uptick in fraud claims this year is partly due to the three rounds of stimulus payments, which made more cash available.

The IRS has seen its budget cut by about 20% over the past decade, leaving it with antiquated technology and a smaller staff. If current trends continue, the agency could see 32% of its 81,000 employees retire or leave for other jobs over the next year.

A lack of working printers is also to blame for the backlog. As of March, about 42% of the printers and copiers used for IRS processing functions were broken, according to the report.

The IRS, in response to the independent report, said it has made major strides over the past two years to streamline hiring. It also is continuing to improve telephone service for taxpayers and has enabled more employees to work virtually.

Despite all the challenges, the IRS processed 136 million individual tax returns and issued 96 million refunds totaling $270 billion during the 2021 filing season. It also successfully delivered three rounds of stimulus checks, for a total of about 475 million payments worth $807 billion.