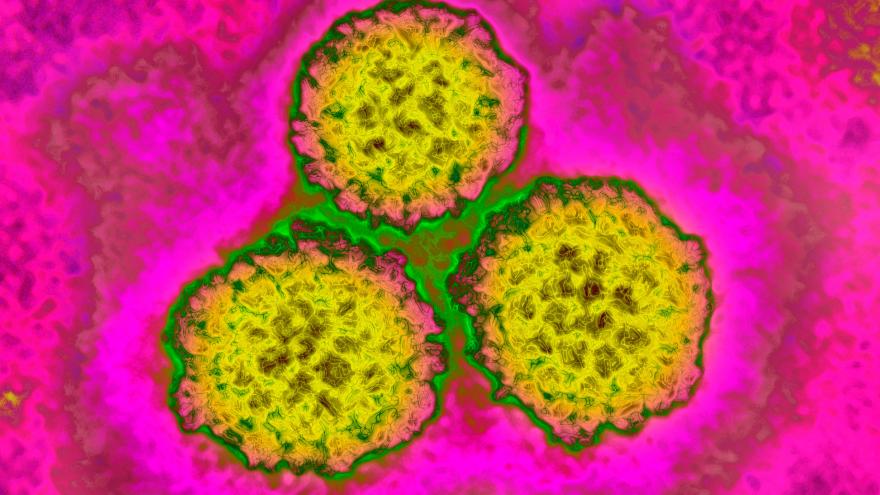 The study published Wednesday in the journal The Lancet estimates that by mid-2019, there were 450 fewer cases of cervical cancer and 17,200 fewer cases of pre-cancers than expected in the vaccinated population.

Researchers at Kings College London and the British government looked at population-based cancer registry data in the UK between January 2006 and June 2019 for seven groups of women, comparing those who were vaccinated to those who were not.

They were looking at data covering the Cervarix vaccine, which protects against two strains of cancer-causing human papillomavirus or HPV. Newer vaccines sold under the Gardasil brand protect against even more strains of cancer causing viruses.

"This represents an important step forwards in cervical cancer prevention. We hope that these new results encourage uptake as the success of the vaccination program relies not only on the efficacy of the vaccine but also the proportion of the population vaccinated."

Cervical cancer is rare among young women, so it is still too early to determine the full impact HPV immunizations have on overall cervical cancer rates. The UK also stopped using the HPV vaccine in this study in 2012. Now instead of the Cervarix vaccine, the UK uses the Gardasil vaccine instead.

Last year the World Health Organization launched the Global Strategy to Accelerate the Elimination of Cervical Cancer, the first-ever global commitment to eliminate cancer, setting a target of getting 90% of girls fully vaccinated against HPV by the time they turn 15.