How zoology got female animals all wrong 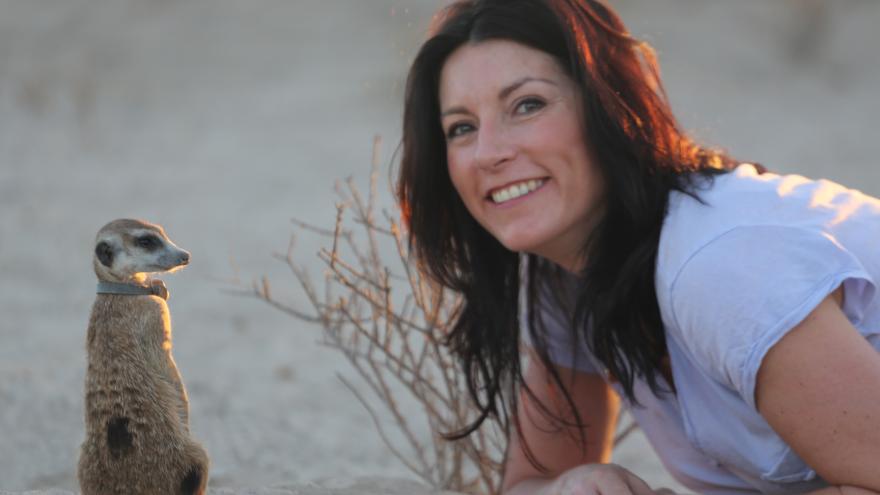 (CNN) -- The stereotypes of dominant male and docile female creatures have shaped zoology since the time of Charles Darwin. This interpretation all too often still goes unchallenged today in textbooks and nature documentaries.

A new book takes down this sexist, ahem, fallacy and tells a more complete story about the role of female animals in the wild.

It's a story that matters because animals are often drawn upon to illuminate supposed fundamental differences between male and female humans -- and the notion that men are hardwired to assume alpha status and women are passive.

That view has been completely overplayed and doesn't stack up when you look at the diversity of the animal kingdom, said Lucy Cooke, a documentary maker and the author of "Bitch: On the Female of the Species," which publishes in the United States on Tuesday.

Female animals are just as promiscuous, competitive, aggressive and dynamic as their male counterparts and play an equal role in driving evolutionary change, according to Cooke.

To prove her point, Cooke, who has a master's degree in zoology from Oxford University, delights in detailing the lives of a riot of colorful animals: murderous meerkat moms, African spotted hyenas with an 8-inch clitoris, menopausal orca matriarchs and albatrosses that can form lasting lesbian partnerships.

"I found it really gratifying to discover the diversity of the female experience," Cooke told CNN, "and that it isn't governed by these sort of depressing patriarchal rules."

The myth of female monogamy

It's a familiar trope in nature documentaries. Male animals are aggressively promiscuous, but their female counterparts are coy, choosy and chaste.

However, throngs of female animals seek sex with numerous partners. A female lion is known to mate up to 100 times a day with multiple male suitors during heat.

Songbirds are socially monogamous while building nests and feeding fledglings together, but before nesting90% of female songbirds routinely have sex with multiple partners, according to research. A nest of eggs can have many fathers, even if a single male songbird is raising young alongside its female co-parent. It's a fact revealed by DNA testing of the eggs of the eastern bluebird -- a technique first used by Patricia Gowaty, professor emeritus of evolutionary biology at the University of California, Los Angeles.

"I got a lot of flak from this study," Cooke quotes Gowaty as saying in her book. "It was though I'd discovered something, but it offended so many people that it was unbelievable. They couldn't imagine that females were anything but benign."

It wasn't until the 1990s that the ornithological world accepted that female birds were promiscuous, opening up the floodgates to similar studies on reptiles and amphibians. All told, experts now think that true monogamy is only found in 7% of species, according to Cooke's book.

Promiscuity to protect the young

What role does all this sex play in the animal kingdom? It's not just about maximizing chances of getting pregnant. It's a strategy that for some animals could increase the chances of survival of their young.

Male langur monkeys in India routinely kill unweaned infants when they take over a troop, studies have shown. The same behavior has since been observed among dozens of other species of primates including chimpanzees -- as well as animals such as lions.

Experts think female animals are driven to have sex with male suitors outside and inside their group to confuse paternity, which has the effect of protecting their young and may co-opt male partners into babysitting and caring for their young. Aggressive sexuality is seen among female chimpanzees, which only produce five or six young in a lifetime, but might have sex thousands of times with dozens of male chimps. This aggressive female sexual behavior is also seen in Barbary macaques and savanna baboons.

"The idea that females are as sexually aggressive as males -- it's not something that a lot of people are going to be comfortable with," Cooke said.

But for some animals, promiscuity is about being a caring mom.

You might think that genitals are the defining feature distinguishing the sexes, but Cooke found that dozens of female animals sport sexual anatomy that is distinctly phallic.

Take the female African spotted hyena. It has an 8-inch clitoris that's shaped and positioned exactly like the male penis. This female hyena also gets erections and is larger, more aggressive than the male hyenas and lives in matrilineal clans of up to 80 individuals governed by an alpha female matriarch.

The study of the spotted hyena and other "masculinized animals" such as lemurs and mole rats has shed light on how an animal becomes female -- an understudied field.

Traditionally, it was thought that testosterone was the driving force that programmed embryos to be male, with the assumption that "female" was the passive default. But it is now seen as too rigid a way to look at the differences between the sexes.

It has been hard for biology to accept the alpha female. Researchers once dismissed hierarchical fighting between female pinyon jays as "the avian equivalent of PMS," according to Cooke's book.

But many animal societies are female dominated, including the aforementioned hyenas, and sometimes they can get nasty.

Clans of meerkats, the cute mongooses that stand up on their back legs to scan the African savanna, are dominated by a single female animal that monopolizes breeding. Her main goal is to prevent her female relatives from having any babies of their own -- instead she co-opts them into caring for her young. Once her rivals reach their reproductive age, the alpha meerkat either kills them, or they are run out of the group.

"It's called cooperative breeding, which always makes me laugh because it's not really so much," Cooke said. "It's a bit despotic."

"What's fascinating about the bonobo, because we're equally related to both bonobos and chimpanzees, is that there's a clear demonstration that dominance has nothing to do with sex. It's all about the environment that an animal finds itself in," Cooke said. "There's no norm."

Control in the battle of the sexes

Even in societies in which male animals are more dominant and sex is often coerced, their female counterparts have evolved creative ways to control the battle of the sexes.

Patricia Brennan, an adjunct assistant research professor of evolutionary biology at the University of Massachusetts Amherst, is building a library of replica animal vaginas -- a vastly understudied body part. Her research on duck and dolphin vaginas has revealed that they are more than simple tubes. They are uniquely shaped with blind pockets and spirals.

She believes that female mallard ducks can control which drake fertilizes their eggs by permitting or blocking the passage of the penis. Brennan has uncovered a similar phenomenon with dolphins.

"In the situations where you have male coercion, which isn't uncommon amongst certain species, the female is not as big a victim as you think she is, because she's in control of who fertilizes her eggs," Cooke said. "And as far as evolution is concerned, that's all that matters."

Cooke is already planning her next book. The topic? How Darwin got male animals wrong.

"The stereotype of the alpha male is as damaging for men as it is for women. It boxes men into this idea that they're meant to be aggressive and competitive," she said. "Darwinian thinking is a license for toxic masculinity."