How to watch tonight's Democratic debate 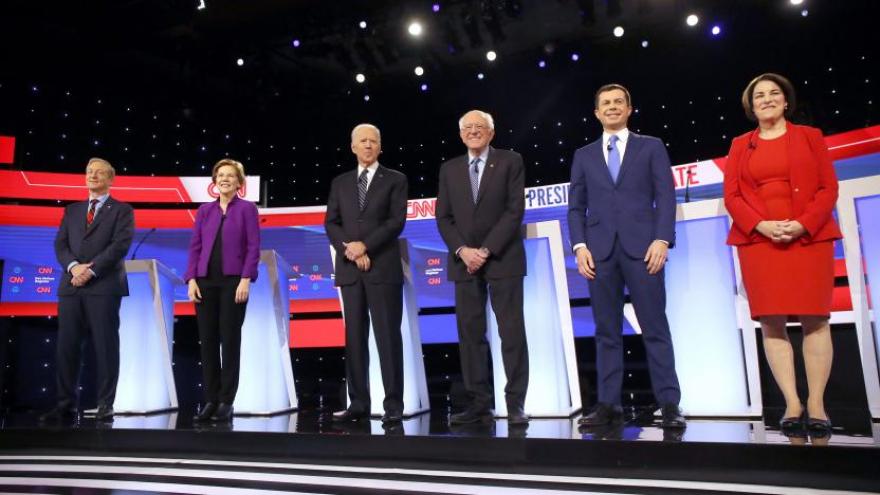 The 10th Democratic National Committee-sanctioned debate will be hosted by CBS News and the Congressional Black Caucus Institute in Charleston.

What time is the debate?

The debate will air live on CBS stations and will stream on CBSN via Roku, Apple TV and Amazon Fire TV. You can also follow CNN's live debate coverage.

Who didn't make the cut?

Hawaii Rep. Tulsi Gabbard did not qualify for the debate stage in South Carolina.

How was the stage decided?

What happened at the last debate?

In the most fiery and contentious Democratic primary debate yet, Warren led a non-stop barrage against Bloomberg, who was appearing on stage for the first time. She kicked it off by calling him an "arrogant billionaire" who "calls women fat broads and horse faced lesbians." Klobuchar accused Bloomberg of "hiding behind his TV ads," and Biden hammered him for opposing Obamacare. Sanders attacked Bloomberg's support for stop-and-frisk policing in his first answer of the night, and Buttigieg called Bloomberg "a billionaire who thinks that money ought to be the root of all power."

The pile-on against Bloomberg came three days before the Nevada caucuses, as candidates trailing Sanders, and with nowhere near Bloomberg's money, were desperate to prove they deserve to remain in the race as it narrows.