Joe Biden and Pres. Donald Trump face off in first presidential debate of 2020 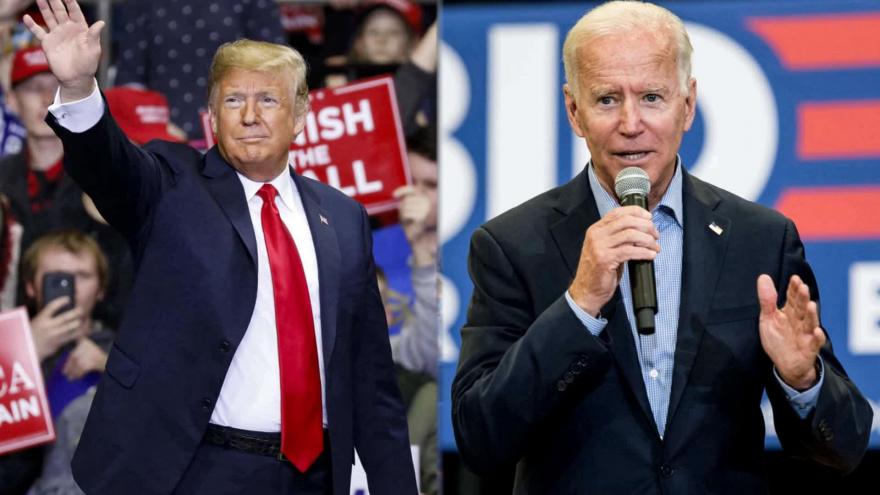 Democratic nominee Joe Biden and President Donald Trump are scheduled to face off in the first general election presidential debate of 2020.

Here's everything you need to know about how to watch the debate.

What time is the debate?

Where can I watch it?

The debate will air live on ABC, CBS, Fox, NBC, CNN, Fox News, MSNBC and C-Span, or can be streamed on YouTube.

What topics will be covered?

Wallace selected the following topics for the first debate: "The Trump and Biden Records," "The Supreme Court," "Covid-19," "The Economy," "Race and Violence in our Cities," and "The Integrity of the Election," according to the Commission on Presidential Debates.

What is the format of the debate?

The candidates will not have opening statements, and Trump will receive the first question from the moderator. Each segment will last about 15 minutes, and the candidates will have two minutes to respond after the moderator opens each segment with a question. Wallace will then use the rest of the time in the segment to facilitate further discussion on the topic, according to the commission.

Where is the debate taking place?

The debate is taking place at Case Western Reserve University and Cleveland Clinic in Cleveland.

Will there be a live audience?

Yes, but the size of the audience will be limited compared to previous debates. Frank Fahrenkopf, co-chairman of the Commission on Presidential Debates, has estimated that 60 to 70 audience members would be seated in the debate hall Tuesday night. Everyone attending will undergo testing for Covid-19 and follow other health safety protocols

Who is hosting the debate?

The Commission on Presidential Debates is a nonpartisan nonprofit organization and has sponsored all general election presidential and vice presidential debates since 1987. The CPD does not receive funding from the government or any political party or campaign, according to the organization.

How many more debates will there be?

Biden and Trump will debate each other two more times this election cycle, on October 15 and 22. Kamala Harris and Mike Pence will debate next Wednesday, October 7, at the single vice presidential debate.

How many days until Election Day?