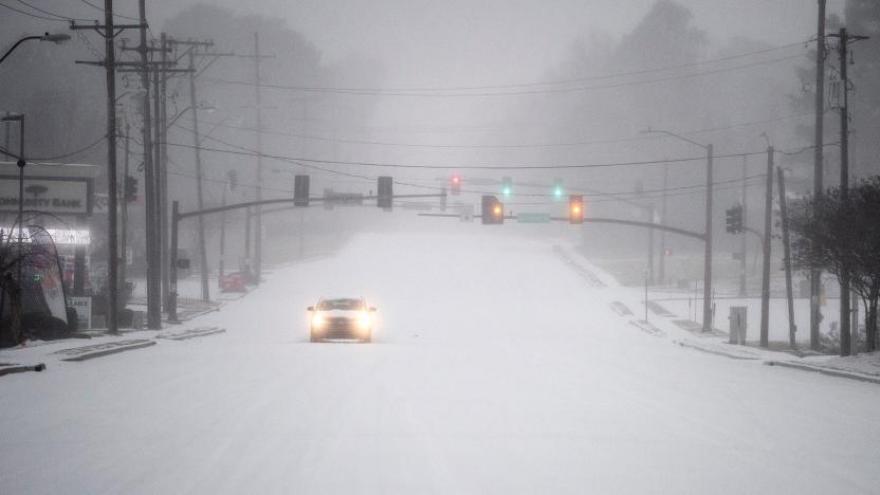 As people try to keep warm without power, they run the risk for carbon monoxide poisoning when using unconventional heat sources such as stoves, grills or generators.

(CNN) -- A giant winter storm that's brought ice and plummeting temperatures to a large swath of the country has left more than 5 million people without power, creating another possibly dangerous situation for millions of Americans who don't typically see freezing temperatures.

As people try to keep warm without power, they run the risk of carbon monoxide poisoning when using unconventional heat sources such as stoves, grills or generators.

Carbon monoxide poisoning appears to have killed a woman and a girl during this week's freezing weather in Houston, police said Tuesday, with investigators believing a car was running in a garage to create heat in the attached home after power went out.

Here's what you need to know and do in order to stay safe and warm during the cold snap.

It has no taste or smell

Carbon monoxide is a gas that has no odor, color or taste.

Although you can't see or smell it, it can be extremely dangerous to your health and possibly even fatal.

While it's tempting to turn on a gas stove or oven, or perhaps climb into a car to warm up, the US Centers for Disease Control and Prevention (CDC) say those options can be deadly, with more than 400 Americans dying each year from carbon monoxide poisoning, many because they've tried do-it-yourself fixes during power outages.

"Each year, more than 400 Americans die from unintentional CO poisoning not linked to fires, more than 20,000 visit the emergency room, and more than 4,000 are hospitalized," the CDC said.

If you're suffering from CO poisoning you could experience flu-like symptoms such as headache, dizziness or weakness.

Breathing in a lot of CO can cause you to lose consciousness and people who are sleeping or drunk can die before they even suffer any other symptoms, according to the CDC.

CO poisoning can come from a lot of sources

The CDC warns that carbon monoxide poisoning can come from a variety of different sources.

"Carbon monoxide (CO) is found in fumes produced any time you burn fuel in cars or trucks, small engines, stoves, lanterns, grills, fireplaces, gas ranges, or furnaces. CO can build up indoors and poison people and animals who breathe it," the agency website says.

Americans are advised not to run cars or trucks inside attached garages, even if the door is left open. People also should not heat their homes with gas ovens or burn anything in a stove or fireplace that isn't vented, the CDC advises.

Even using devices outside of the home comes with a caution that you stay more than 20 feet from a window, door, or vent, to prevent carbon monoxide poisoning when using a generator, charcoal grill or camp stove.

The Louisiana Department of Health issued updated warnings Monday amid outages in the state.

People die each year, especially after hurricanes hit the area, due to carbon monoxide poisoning from generators.

At least nine deaths that were associated with Hurricane Laura were caused by the improper use of portable devices such as generators.

Although they are dealing with a different type of severe weather, the risk for poisoning still remains.

Ventilation is needed when using devices

"Portable generators should never be used indoors. This includes use inside a garage, carport, basement, crawl space, or other enclosed or partially enclosed area, even those with ventilation," a warning from the state health department said. "Gas-powered generators produce an exhaust of carbon monoxide (CO), which is odorless and colorless."

"CO inhalation can rapidly lead to full incapacitation or death," it added.

It also said that CO can build up if even windows and doors are open.

The department advises anyone who is running a different heat or power source and is feeling unwell to get to fresh air immediately.