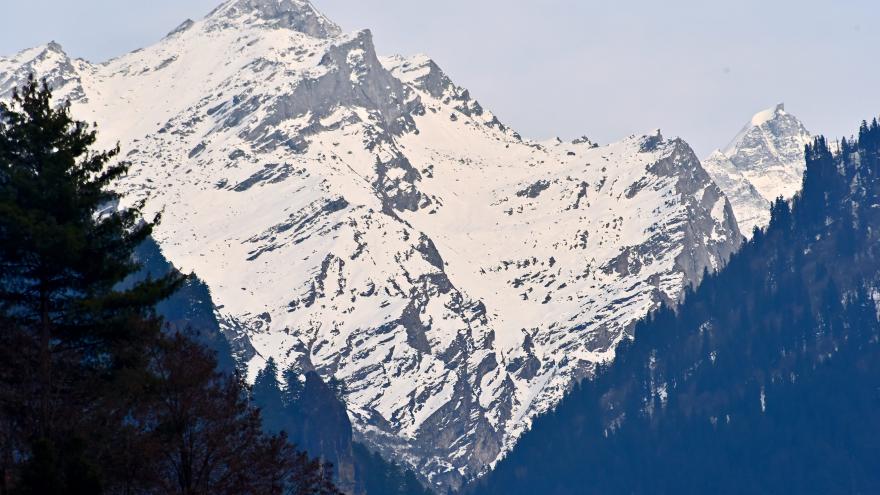 (CNN) -- It has been a deadly week in the US from avalanches. Four skiers were killed and four more survived after being buried by an avalanche in Utah.

Worldwide, an average of 150 people are killed each year in avalanches, with roughly 27 of those in the US. This past week alone, 14 people in the US have died from avalanches, bringing the total deaths to 21 this season.

But avalanches can occur any month of the year and in mountainous locations around the world. If caught in an avalanche, time is of the essence and knowing what to do if caught in one, could save your life.

Why and where do avalanches happen?

An avalanche occurs when a layer of snow collapses and travels downhill rapidly. Even though avalanches can form anytime if the right conditions are present, there is typically a sharp increase in avalanche deaths during the months of January and February.

"Early season snowpack can be highly unstable because of the lack of consistent storms," said CNN meteorologist Derek Van Dam. "Once the storm door is open to more frequent snow events in January and February, snow begins to pile up in layers on top of the unstable, early season snowfall."

"This -- in combination with a higher rate of backcountry traffic from skiers and snowboarders -- can lead to a higher avalanche risk," said Van Dam.

According to the National Oceanic and Atmospheric Administration, the three factors needed for an avalanche are a slope, a snowpack and a trigger.

Usually avalanches occur on a slope greater than 30 degrees. They also occur in areas that have had recent avalanches or cracks in the snow.

Wind, rain, warming temperatures, snow and earthquakes can all trigger avalanches, but they can even be triggered by skiiers, snowmobiles and even the vibration of machinery.

In fact, 90% of avalanche accidents occur because the slide was triggered by the victim or someone in the victim's group.

How to avoid avalanches

Most of the time, an avalanche will occur after a heavy snowfall. Rapidly rising temperatures or extreme wind can also aid in an unstable snowpack which can result in an avalanche.

Make sure you familiarize yourself with the terrain and check the avalanche forecast. Local forecast offices in mountainous areas have avalanche forecasts that are easily accessible. Avalanches occur much more frequently in backcountry ski areas, as opposed to groomed runs.

There are also several warning signs to look for that could be evidence an avalanche is about to occur. Look for signs of previous avalanches, such as cracks from the snow forming around your skis or the ground feels hollow underneath.

What to do if you're caught in one

Having the proper equipment with you could help your chances of survival if caught in an avalanche. Make sure you ski with a beacon, so rescuers will be able to find you, and have a shovel and probe on hand so you are able to rescue someone else in your group.

"Avalanche survival rates plummet after about 15 minutes for victims who do not die from trauma," according to NOAA. Being prepared and knowing what to do if caught in an avalanche could save your life.

Don't ski with your pole straps wrapped around your wrists. Poles can act as anchors in an avalanche and make it harder to stay on top of the snow.

NOAA guidelines also recommend you never try to outrun an avalanche. Try getting to the side as quickly as possible, out of the path of the oncoming snow.

If caught in the snow, try to "swim" with its flow and fight as hard as you can to stay on top.

If buried, constantly push snow out of your face to create an air pocket for you to breathe while you await rescue. And activate the beacon.

Finally, make sure you let someone know where you will be skiing in advance and touch base with them often.