How the village that inspired 'Frozen' is dealing with overtourism 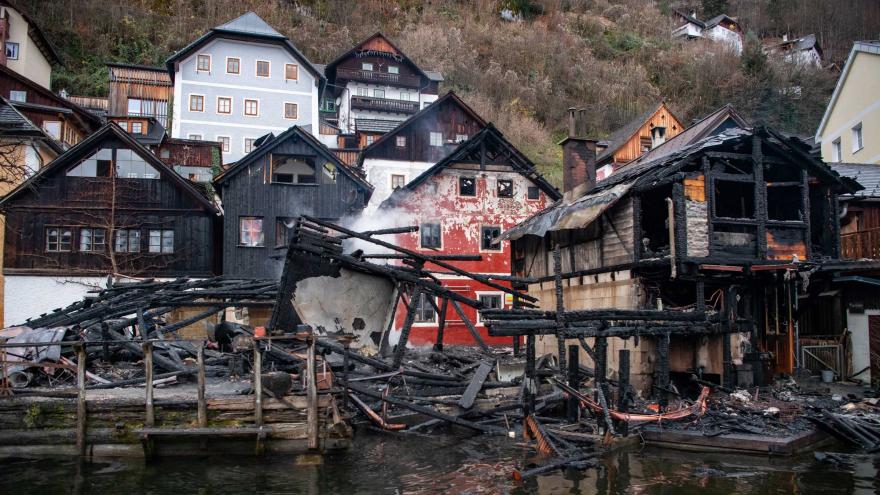 (CNN) -- When a restaurant, hotel, street, town or city becomes "Insta-famous," it seems it's only a matter of time before overtourism follows behind.

The Alpine village of Hallstatt, nestled in Austria's Salzkammergut mountains in the district of Gmunden, knows this only too well: a cascade of chocolate-box buildings surrounded by snow-capped mountains and lapped by crystalline water, it's straight out of a fairytale -- and straight off your social media feed.

In certain shots, it looks like a snowy version of that other perennial Influencer favorite, the Cinque Terre villages.

The population of this UNESCO-protected spot is just 780, but its tourist numbers reportedly reach some 10,000 visitors a day.

Part of its appeal, beyond endless selfie opportunities, is Hallstatt is rumored to be the inspiration for Arendelle, the fictional setting of Disney's "Frozen" movies.

And it's particularly popular among Asian tourists, fueled in part by the fact there's a Chinese replica of the village, built in the Guangdong province in 2011.

Now, the village is trying to work out how to deal with the influx of visitors, with Michelle Knoll, office manager for Hallstatt's tourism board, telling CNN Travel there will be a "focus on quality tourism in the future."

Hallstatt, which was built up around the salt mining industry, first reached widespread prominence in the early 19th century when it was "discovered" by romantic writers and artists, as struck by the beauty of Baroque architecture as the Instagrammers are today.

The first "Frozen" movie was released in 2013 but the village has been balancing on the edge of breaking point for some time. In 2017, The Local Austria reported that the village was employing "bouncers" at churches to stop tourists disturbing services.

Still, as with any tourist hotspot, the influx of villagers is a double-edged sword. In 2019, mayor Alexander Schuetz told Chinese website News.cn that "the tourist dollar has become an indispensable part of the town's economy." 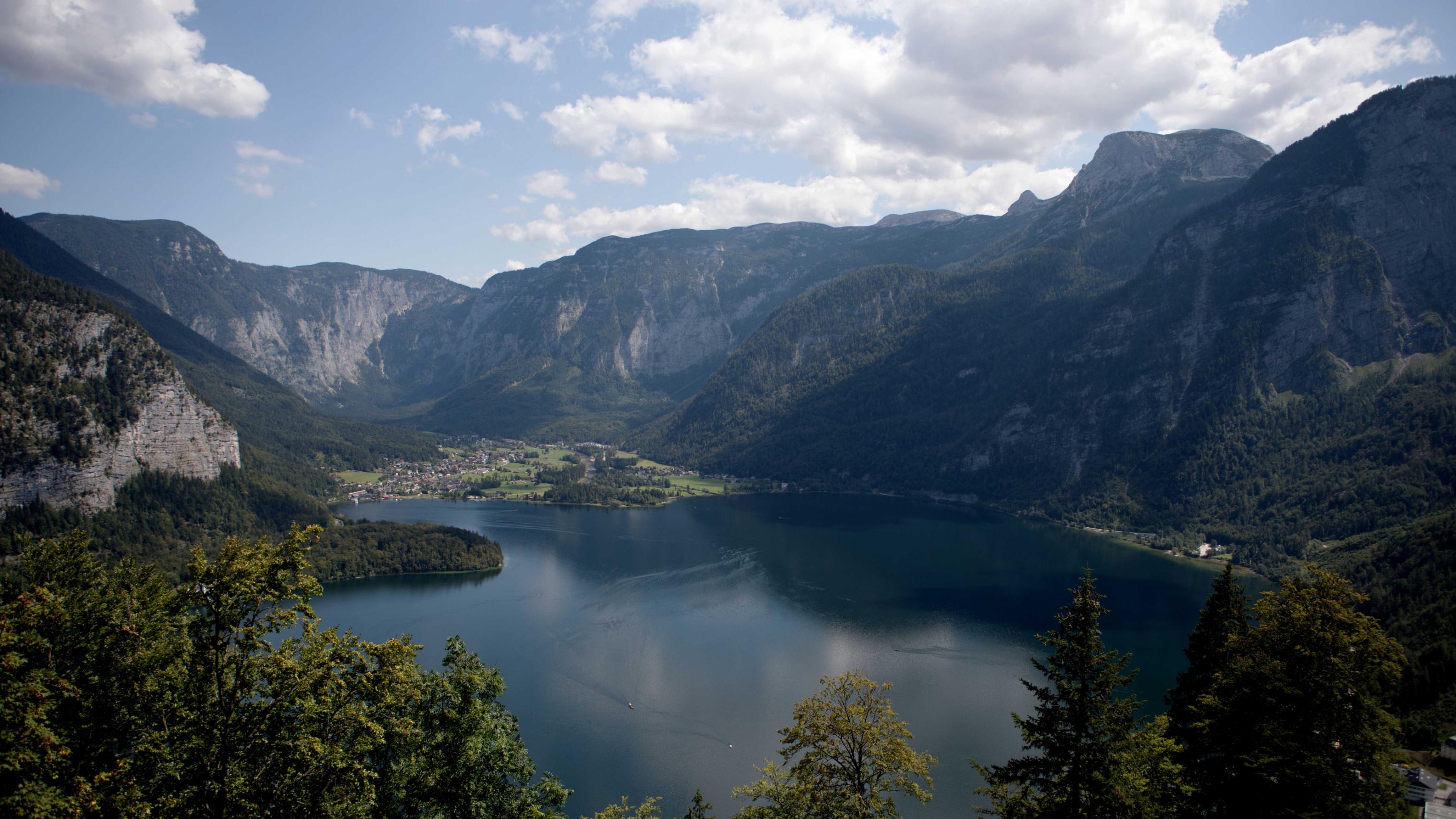 Mazurok tells CNN Travel that "photos of Hallstatt, compared to other cities, gather tremendous number of likes and views."

Knoll says it was Hallstatt getting added to UNESCO's World Heritage list in 1997 that marked the start of the tourism influx. 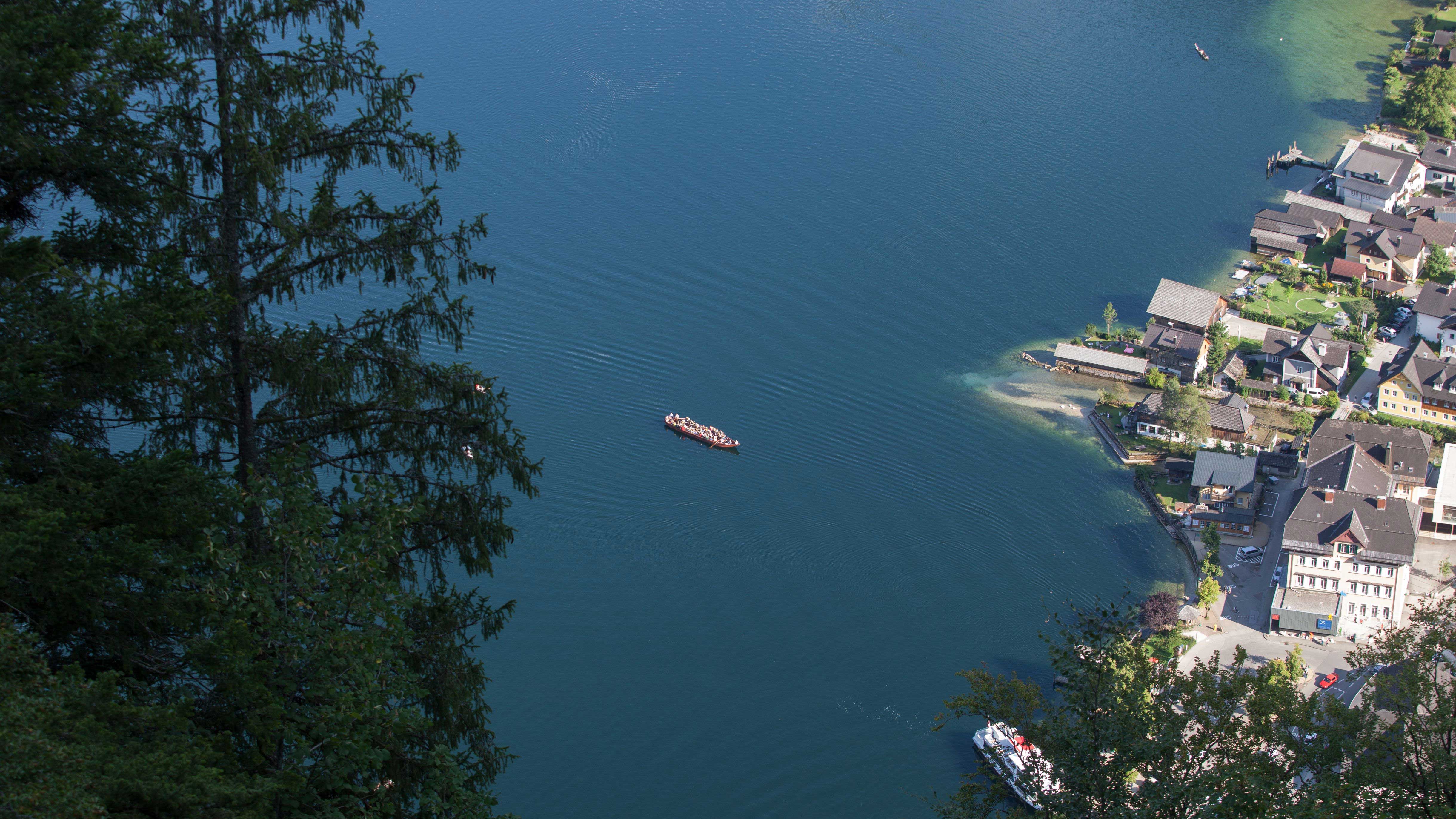 "When someone posts a nice picture of Hallstatt on Instagram, his followers will also probably want to go there," says Knoll.

In November 2019, a fire wrecked some buildings on Hallstatt's waterfront, with the mayor warning tourists against visiting.

"They had to work to fix the damage and therefore it was better, to have less tourists here in Hallstatt," says Knoll.

Still, she says, many came anyway. They wanted to see the damage.

"So the mayor [said] officially that it would be great if they don't visit Hallstatt until the damage is fixed," she explains.

Mayor Schuetz, recently told The Times he wanted tourism numbers to reduce by at least a third.

"The situation with tourism is very controversial. It's equally a blessing and a curse for the locals," says Mazurok. "On the one hand they have a large profit from tourism. But it comes at a cost of privacy and comfort."

Knoll says the local community center is working to address the balance. The first step? Implementing a new bus system in May 2020.

"The buses will book a slot in advance and then they can visit Hallstatt. Buses who have a booking at the town, either an overnight stay, or a ship cruise, a visit in a museum, get preference," Knoll explains.

There have been reports of angry Hallstatt locals feeling driven out by visitors in a manner not dissimilar from the dissent stemming from Venice, Dubrovnik, Amsterdam and other European centers of overtourism.

Knoll lives about six miles from the village, in nearby Bad Goisem, but she has family in Hallstatt, and she has noticed the impact.

"On [the] one hand, many inhabitants of Hallstatt [make their livelihood] from the tourism here. Many of them are working in the tourism sector or rent their private rooms for tourists to stay there," she says.

"On the other hand, sometimes it's a bit strenuous to have so many guests in your hometown. Also the prices at supermarkets are more expensive than in other towns nearby."

The solution, she says, is a focus on "quality tourism," with the new bus system the first step.