How the term 'Dixie' came to define the South 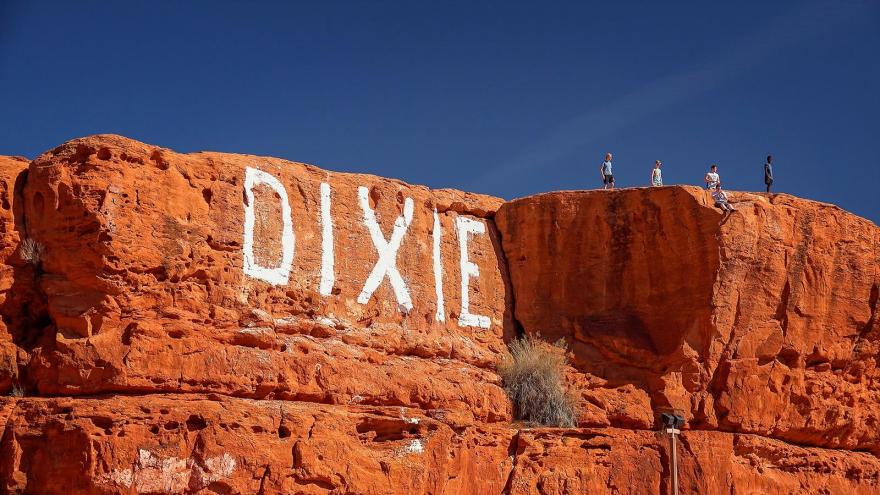 The word Dixie, while synonymous with the South, carries the ugly remnants of slavery and the exploitation of Black people.

It was once a catchall word for the South. There are countless songs about it. Streets still carry the name, as do restaurants and grocery stores.

But Dixie has also been a problematic label, carrying with it the ugly remnants of slavery and the exploitation of Black people.

As America once again reckons with racial injustice, it's also reexamining this weighty word.

This week the country trio the Dixie Chicks said it has changed its name to The Chicks. Dixie Brewery, the oldest brewery in New Orleans, is changing its name to a new brand that "best represents [their] culture and community."

And earlier this year, Miami-Dade County commissioners in Florida voted to rename portions of The Dixie Highway -- it runs 5,786 miles through 10 states from Michigan to Miami -- to Harriet Tubman Highway.

Dixie may have come to define an aspect of life in the South, but exactly how it achieved that is up for debate.

So how did the word Dixie originate?

Several theories on where it came from

Historians disagree about its origins. Some believe Dixie derives from the Mason-Dixon line, between Maryland and Pennsylvania.

The line was drawn in 1767 to resolve a border dispute between the colonies but later became the informal border separating the South and North.

"The other story is a 19th century story about the $10 notes in Louisiana. On the back side it said 'dix,' which means 10 in French," said Tammy Ingram, author of "Dixie Highway: Road Building and the Making of the Modern South, 1900-1930".

Before the Civil War, Citizens' Bank of New Orleans issued the notes, which became known as "Dixies."

Some historians believed the term was adopted to describe Louisiana and then later became the geographical nickname for the South.

"We don't actually quite know when the term started or where it was derived from. But by the mid-19th century it was a minstrel song," Ingram said. "By that point it was clearly in popular culture associated with the South and recognized as a racialized term."

Ingram is referring to "Dixie," a minstrel song composed by Daniel Decatur Emmett in 1859. The tune became the Confederate Army's most popular marching song and the unofficial national anthem of the Confederacy, according to Ingram.

Minstrel shows of the mid-19th century featured White performers in blackface putting on tattered clothing and exaggerating their features to look stereotypically Black. The performances were intended to be funny to Whites, but they were demeaning and hurtful to the Black community.

Different theories, but one conclusion

The word Dixie takes on a different meaning for different people.

Most commonly, it's associated with the old South and Confederate states. Dixie was considered the land south of the Mason-Dixon line, where slavery was legal.

But once the term was used in a minstrel song, its correlation with racist ideologies became crystal clear, according to Ingram.

"Most historians would agree that Dixie is a word people understand as obviously a reference not just to a place, but a certain kind of ideology," said Ingram, a history professor at College of Charleston in South Carolina.

"There's no mystery around all this,"she said. "People's instincts about this being a problematic term is definitely correct. It's correlated with something a lot darker than just history."

She added: "By the time Dixie made it into minstrel shows, it was clearly understood to be more than just a place name. 'Dixie' was the antebellum South, and the lyrics evoke a very nostalgic and romanticized view of slavery."

Along with calls to defund the police, and protesters tearing down statues of men who once championed or traded in slavery, music bands and companies are rebranding and dropping racial terms from their names.

"When the Dixie Chicks decided to name their band the Dixie Chicks, I don't think they were trying to come up with an offensive name. A lot of people use the term without understanding the racialized origins of the term," Ingram said.

"It makes perfect sense that now against the backdrop of Black Lives Matter protests and the toppling of memorials and statues that people are being reminded of the troubling history of the term and that it's something we just can't be using casually anymore," she said.