How the next coronavirus variant could emerge 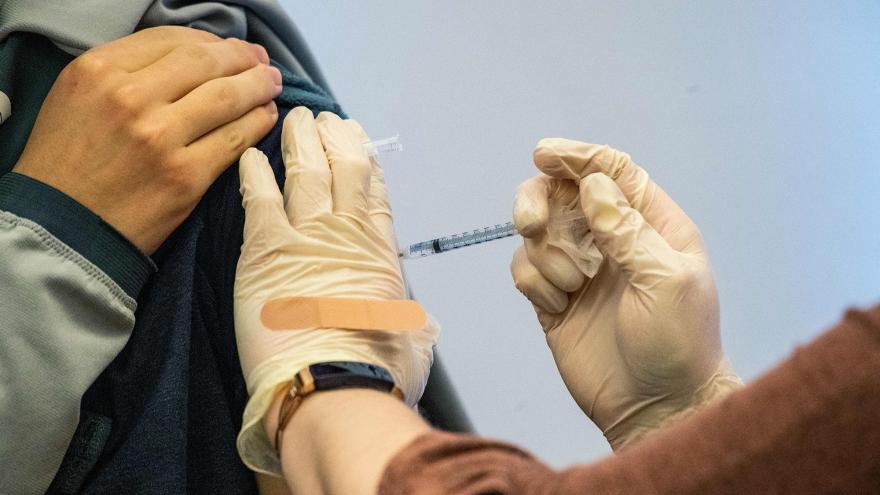 (CNN) -- Stopping the next major coronavirus variant involves knowing where it might come from.

With Omicron, those answers are still a mystery: How did a variant that looked so different from all its older cousins appear so suddenly? How to explain its jumble of mutations, many of which had rarely been seen in variants of interest?

"When that virus sequence first started to emerge, it was really hard for me to fathom that that would take off," Emory University virologist Mehul Suthar said.

The alphanumeric soup has also revealed BA.2, a faster-spreading subtype of Omicron that has become dominant in the United States.

Viruses change all the time, often in ways that actually hurt their chances at survival. But once in a while, those mutations can work out in the virus' favor.

The virus you sneeze or cough out may be ever so slightly different from the one you were infected with.

That's because viruses mutate -- especially when their genetic code is made of RNA, a close cousin of our DNA.

"As the virus reproduces itself, there are errors in reproducing its code," explained Dr. Mike Ryan, executive director of World Health Organization's health emergencies program, in a March briefing. "Most of those errors result in a virus that's either not competent or just dies away."

Sarah Cobey, associate professor of ecology and evolution at the University of Chicago, explained in an op-ed in the New York Times this week that the coronavirus' transmissibility will hit a ceiling -- eventually. However, it probably won't stop evolving in ways that skirt our immune response.

But not all mutations happen the same way.

"Before Omicron, I think most people in the field would say that we would see immune escape through the accumulation of these mutations one by one," Cobey told CNN.

Over time and over the course of hundreds of infections, circulating viruses move further and further away from their ancestors on the evolutionary tree. It's a process known as antigenic drift.

However, while this may explain variants that appear closer on the evolutionary tree -- like Omicron and its BA.2 offshoot -- it doesn't explain how Omicron appeared in the first place.

Marietjie Venter, a professor in the Department of Medical Virology at the University of Pretoria in South Africa, said it's unlikely that a "slow change" led to Omicron.

This would mean the virus evolved gradually in a population that wasn't being monitored. And South Africa, where many of Omicron's early samples were identified, has a good surveillance program, she said.

Thus, it would have been hard for a variant like Omicron to sneak up slowly. Instead, its appearance seemed curiously abrupt.

"Delta almost disappeared, and then suddenly we saw Omicron that was completely different," Venter said.

In some cases, viruses don't drift; they shift.

"Antigenic shift" is a more dramatic change that can happen, for example, when viruses in animals find their way to humans or when two strains infect the same person and exchange genes.

Examples of the latter include rare instances of a hybrid virus containing stretches of Delta and Omicron genes.

Researchers at Helix, a company whose Covid-19 tests have helped track a number of variants, identified a handful of combined Delta-Omicron infections in the US among nearly 30,000 coronavirus samples from late November to mid-February, when both variants were circulating.

Of those samples, researchers identified 20 cases in which people had gotten infected by both variants at the same time. One of these samples did show some evidence that the variants had exchanged genes, though at low levels. In addition, the researchers found two unrelated cases whose infections originated from hybrid viruses.

"There is currently no evidence that the two Delta-Omicron recombinant viruses identified are more transmissible between hosts compared to the circulating Omicron lineages," the researchers wrote.

"We're not calling this Deltacron," Maria Van Kerkhove, WHO's technical lead on Covid-19, said at the March briefing. "That's not terminology that we are using."

At the time, Van Kerkhove said this combination appeared to be circulating "at very low levels" but she offered the caveat that we should be testing more to get a clearer picture of its prevalence and spread -- or lack thereof.

Still, the ability to swap genes has driven the re-emergence of multiple viruses, most prominently influenza.

Influenza's genetic material is made up of multiple segments of RNA that can shuffle back and forth when two viruses co-infect the same cell. This is known as reassortment.

But the coronavirus "can actually do something that is even harder for us to wrap our heads around," Cobey explained, referring to a gene-swapping process called recombination.

Unlike influenza, the coronavirus has one long strand of RNA as its genetic code. When two strains infect the same cell, their replication machinery may occasionally hop from one strain to the other. This creates random "breakpoints" in its genetic code that are stitched together.

Whereas influenza shuffles whole cards, in a sense, each coronavirus has just one card -- but it's an extra-long one, and it can be cut up and taped back together in a variety of ways.

This means the virus has "a lot more evolutionary space that can be explored pretty quickly," Cobey said.

In the op-ed, she and her co-authors describe how we may have seen only the tip of the iceberg when it comes to the number of possible mutations the virus can sustain and still be able to infect human cells.

Though it's unclear whether recombination is more likely than other pathways to generate the next variant of concern, Cobey said that Omicron in particular has lit a fire under scientists to understand its origins and the true breadth of viable mutations.

"That's the sort of divergence that is really difficult to study and anticipate in the lab," she said.

The mystery of Omicron

No single explanation seems to neatly fit Omicron's backstory. But experts are circling several theories that may explain its sudden appearance last year.

The most popular view appears to involve an infection that sticks around for a long time in an immunocompromised person.

"They actually develop antibodies, but they don't clear the virus," said Venter, who also chairs WHO's Scientific Advisory Group for the Origins of Novel Pathogens.

That gives the virus plenty of time to accumulate changes, potentially ones that enable it to dodge that person's antibodies and acquire immune resistance.

Another theory is known as reverse zoonosis, Venter added. This refers to humans infecting an animal population, where the virus accumulates new mutations before jumping back to humans. (Indeed, this coronavirus has spreadwidelyamong the animal kingdom.)

Staying ahead of the virus isn't just a question of anticipating its next move, experts say. It's about finding ways to avoid threats and ultimately ensure the durability of our vaccines.

And it's not just this virus.

"Most of the pathogens that are infecting us repeatedly are able to do that because they're escaping some of our immunity to previous infecting strains," Cobey said.

"Viral evolution is actually a real problem in our lives that we maybe don't recognize formally as such."