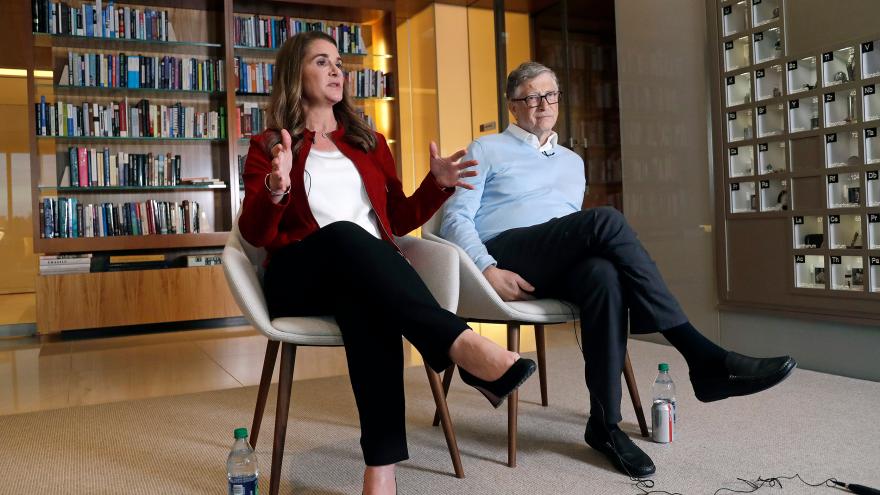 (CNN) -- In the divorce of Melinda and Bill Gates, the division of their vast wealth is unlikely to cause fireworks and fury.

For one thing, they have a lot of money to share. Plus, they've publicly committed to giving the majority of their wealth to philanthropy.

But another reason their divorce is likely to be drama free may be the fact that they already have a separation contract in place.

In the state of Washington, where Melinda Gates filed her petition for divorce this week, a separation contract promotes "the amicable settlement of disputes" and is binding on the court unless, for some reason, the court finds that it was unfair to one party when it was executed.

Such a contract is typical in divorces of very high net worth couples, where the splitting of assets can be complex, said divorce attorney Rich Cassady, partner and founder of Cassady Filer LLP in Seattle, who is not involved in the Gates' divorce. (None of the attorneys representing Bill or MelindaGates' case responded to a request for comment.)

That the Gates' already have hammered out such a contract likely means they've been putting it together for months with their attorneys, Cassady said.

Couple that with the fact that the future ex-spouses will continue working together as co-chairs and trustees of the Bill & Melinda Gates Foundation.

"There is 100% reason to think the divorce is amicable," said celebrity divorce attorney William Breslow. "Everything else indicates they will conduct themselves in the same civilized manner that they conducted themselves in throughout their marriage."

What's more, the sheer amount of assets involved -- Bill Gates' net worth was estimated at $145 billion as of May 4, according to the Bloomberg Billionaires Index ranking -- makes it highly improbably the couple will be fighting over money.

"When we deal with enormous wealth, whether someone gets 50% or 54% or 46% [of the marital property], it truly makes no difference to their life because they'll have sufficient assets to do what they want," said Daniel Jaffe, another divorce attorney who represents very wealthy, high-profile clients.

Disputes in divorces typically arise when there are custody issues and when there is not a lot of income or assets "so each person feels a need to fight on every issue," Breslow added.

In the case of Melinda and Bill Gates, neither applies, since theirthree children are grown and they are among the richest people in the world.

The couple has worked together toward shared humanitarian values, and plan to donate a large portion of their wealth to philanthropy as part of the Giving Pledge, which they created in 2010 with Warren Buffett. Under the pledge, the world's wealthiest individuals commit to giving away the majority of their assets.

Don't expect to learn who gets what

What exactly is in the Gates' separation contract is not known and likely never will be, the attorneys who spoke to CNN Business said.

In cases where a high-profile couple wants to keep matters private, beyond opting to keep various documents under seal, there are procedures that allow them to simply not file their most telling documents in court.