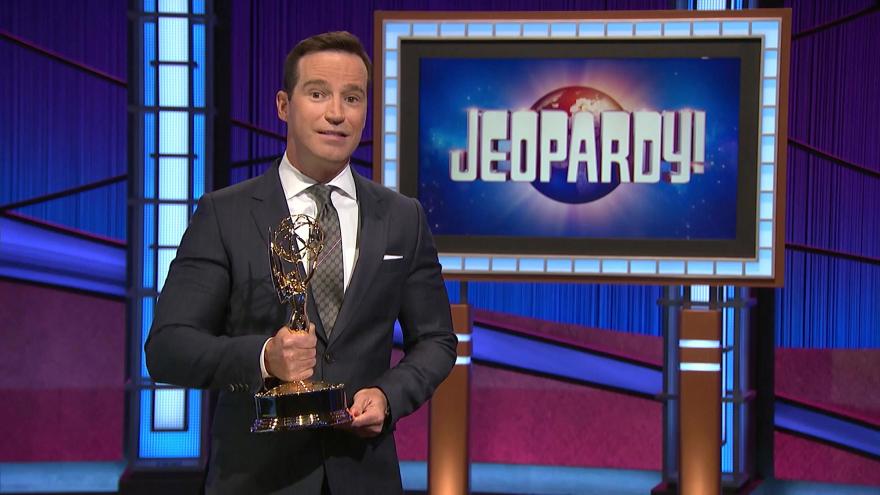 Sources with knowledge of the process say it is effectively a done deal, though it may not be announced until later in August.

Variety reported Wednesday that "Richards is clearly the front-runner" and is in "advanced negotiations" to helm the show.

Richards has ample TV hosting experience in addition to his producing credits. Still, word of his front-runner status prompted many quips about the head of the search committee picking himself for the coveted post. Hank Stuever, the Washington Post's former TV critic, called it "The Dick Cheney approach: We searched high and low and it was ME all along!"

Ultimately the decision was made by Tony Vinciquerra, chairman and CEO of Sony Pictures Entertainment, according to a source with knowledge of the matter. Sony's television division produces "Jeopardy!" as well as "Wheel of Fortune."

The two game shows are among the most popular and longest-lasting programs on broadcast TV, lifting up the local stations where they air in the evenings. So when "Jeopardy!" host Alex Trebek died last year at the age of 80, Sony was under tremendous pressure to cast an appealing successor. After Trebek's final episodes, an A-list cast of guest hosts filled in, leaving viewers with the distinct impression of an audition process.

"We aren't looking for a three-year host, we're looking for a 10-year or a 20-year host," Richards, 46, said in an interview with B+C/Multichannel News back in May. "Stability is one of the show's strengths, so we need to consider who's got a 20-year horizon and who can focus on the show and make it great over that time."

Richards was the second guest host, after "Jeopardy!" all-time great Ken Jennings, due to what he described as a Covid fluke: At a time when Covid-19 cases were on the rise in Los Angeles, "folks were understandably a little reticent to shoot," so he told viewers he was stepping in for two weeks to fill the void.

After Richards filled in, household names like Aaron Rodgers and Katie Couric took turns behind the lectern, including two CNN journalists, Anderson Cooper and Dr. Sanjay Gupta. The guest-host process is still underway this week with CNBC's David Faber. The final guest, Joe Buck of Fox Sports, will host next week.

Richards said in May that "by the end of July or early August, we will have a permanent host in place."

The calendar is a factor because Sony will start to tape the new season of "Jeopardy!" in the coming weeks ahead of a September premiere.

But Sony may be reluctant to formally name a new permanent host while the on-air tryouts are ongoing.

A Sony spokesperson declined to comment on negotiations other than to say that conversations with potential hosts are ongoing.

The sources who spoke with CNN Business said Sony wanted "Jeopardy!" to be the primary job for the permanent host, instead of recruiting someone who already has one or two other roles.

Jennings was one of the other finalists, so to speak, according to one of the sources.

Richard has hosted game shows such as "The Pyramid" for GSN and reality shows like "Beauty and the Geek" for The CW. He joined "The Price Is Right" in 2008 as a co-executive producer.

Claire McNear, author of the definitive "Jeopardy!" history "Answers in the Form of Questions," said on Twitter that "it's going to be interesting to see how the fan base responds -- this season was positioned as a live audition with Richards himself saying they were listening to fans, so it's inevitably a strange place for people who vocally supported other hosts."

Back in May, Richards said he consulted with Michael Gelman, the executive producer of "Live with Kelly and Ryan," about the experience of replacing a host of an iconic TV show.

Richards said Gelman advised him that "whoever you pick will get beat up, it doesn't matter who it is, so that person has to be resilient."

"That was what happened to Drew Carey on 'The Price Is Right,'" Richards said. "He got destroyed for years and then at some point, everyone looked up and was like, 'Oh Drew Carey, I really like that guy.' That's exactly what will happen here."