How did a 5-foot gator end up in one of Chicago's most popular parks? Cops are puzzled 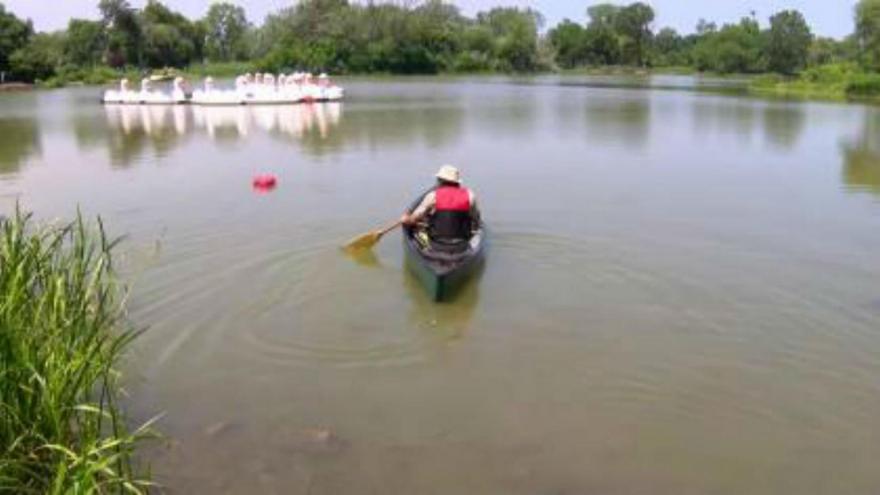 **Embargo: Chicago, IL** It was a totally normal Tuesday in Chicago's Humboldt Park until someone spotted an alligator lurking in the park's lagoon.

(CNN) -- It was a totally normal Tuesday in Chicago's Humboldt Park until someone spotted an alligator lurking in the park's lagoon.

What started as a few eyebrow-raising photos turned into an intensive search as the Chicago Police Department and the city's animal control raced to find the animal. Sure enough, gator business was afoot.

The police "independently confirmed the alligator is in the lagoon," Chicago PD spokesman Anthony Gugliemi said via Twitter. "State reptile specialists say it is between 4 and 5 feet long." Gugliemi said the reptile will be humanely trapped and relocated to a zoo for veterinary evaluation.

It's not every day one of the most popular parks in one of the biggest cities in the country plays host to an alligator -- at least, nowhere north of Miami. According to CNN affiliate WBBM, people lined up along the bridges of the Humboldt lagoon to catch a glimpse of the interloper.

"An unusual news day," is how the Chicago PD put it on social media.

How exactly did an alligator get in Humboldt Park?

Richard Crowley, president of the Chicago Herpetological Society, told CNN he believes the reptile was brought to the lagoon, possibly by someone who owned it illegally (it's illegal to own an alligator in the state of Illinois).

Crowley says the animal is believed to be an American alligator.

"Once the species is identified, then a suitable location is found for the reptile," Crowley said. Several volunteers from the Society are involved in the search and working with animal control.