How coronavirus could change the Supreme Court 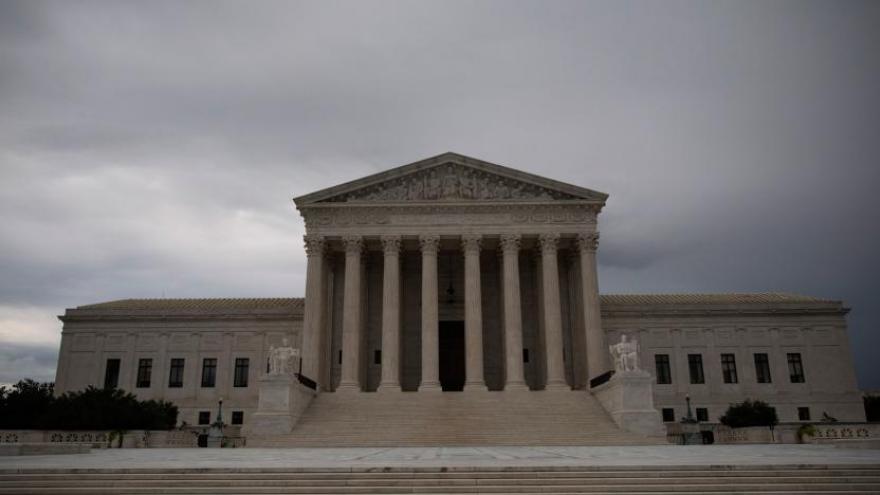 The Supreme Court has closed its doors to the public until "further notice" as the impact of the coronavirus pandemic ripples across the country, raising questions about how the justices will handle the next set of oral arguments scheduled to begin March 23.

(CNN) -- The Supreme Court has closed its doors to the public until "further notice" as the impact of the coronavirus pandemic ripples across the country, raising questions about how the justices will handle the next set of oral arguments scheduled to begin March 23.

The pandemic could mean changes not just to public access but to how the justices interact with each other as they enter the last few months of a term that includes an unprecedented number of consequential and controversial cases.

The session includes a blockbuster case at the end of the month concerning President Donald Trump's bid to shield his financial documents from disclosure.

For now, the justices are mostly lying low and taking advantage of a brief recess from arguments. Scheduled speaking events for Justices Sonia Sotomayor, Stephen Breyer and Clarence Thomas have all been recently canceled. Justice Brett Kavanaugh, however, traveled to Kentucky Friday for the ceremonial swearing in of a lower court judge.

But this Sunday, the court's oldest member Ruth Bader Ginsburg turns 87 years old -- and while she often wears lace gloves in public, as a survivor of four bouts of cancer is in a high risk group for almost any illness. A majority of her colleagues also qualify as "older adults" at higher risk of getting sick, according to the Center for Disease Control and Prevention. Besides Ginsburg, Breyer is 81, Thomas, 71, Samuel Alito 69 and Chief Justice John Roberts and Sotomayor are 65.

That fact alone raises questions of how the court should handle upcoming arguments in a chamber that holds about 500 people and it highlights the fact that the court does not allow same day audio much less cameras in the court room.

Contingency plans are under consideration, a court spokeswoman told CNN, but so far, nothing has been announced concerning the upcoming weeks where the justices will hear and decide blockbuster cases, racing to get all opinions out by the end of June. In the midst of a pandemic.

The court could decide to postpone oral arguments, a step it rarely takes. In fact, during winter snow storms when the rest of government is closed, the justices often meet, loathe to change their schedule.

But there is court precedent -- albeit from 1918, during the height of Spanish flu pandemic. According to a Washington Post article published at the time, the court session was postponed because of the "continuation of influenza."

A postponement, however, could tighten an already-packed schedule, and the justices rarely miss their self-imposed end of June deadline to issue all remaining opinions.

The court has had to adapt before

It's not the first time an emergency has impacted the court's schedule.

During the anthrax crisis in 2001, the justices moved across town after the mailroom in the building's basement tested positive for anthrax. But such a move now would not eliminate concerns about large gatherings.

The court could also limit who attends oral arguments, but that would raise questions about the public's access to the proceedings.

"Given the crowds that often gather in and around the Supreme Court, not to mention the advanced age of several of the justices, it's the right call to close the building to the public until further notice," he said in a statement. But, he said, if the court were to bar the public from oral arguments it should, at a minimum, permit the public to listen to a livestream of argument audio from its website.

"Live audio is the smartest way to balance the now-competing concerns of public safety and public access," he said.

As things stand, the court releases transcripts after oral arguments, but an audio feed only appears the following Friday.

Social distancing inside the courtroom

Steven Vladeck, a law professor at the University of Texas School of Law and a CNN contributor, is poised to argue a case on March 23. He tweeted some suggestions to the court, including rescheduling back-to-back arguments.

"No public or bar sections," he tweeted, "allow press, but spread them out in the courtroom." But his suggestions triggered a debate online concerning how close the lectern is to the bench.

The conversation comes as the government warns about the transmission of the disease and urges people to practice social distancing. Fist and even elbow bumps are out, hand sanitizers are in.

"To the extent possible, avoid touching high-touch surfaces in public places -- elevator buttons, door handles, handrails, handshaking with people, etc." the CDC advises. "Use a tissue or your sleeve to cover your hand or finger if you must touch something."

The justices will likely have to alter how they do their work and customs they've developed over the decades to keep things civil.

They cloister themselves together at a large table, for instance, during their closed door conferences, keeping all others out. In chambers, they work closely with law clerks, poring over documents in closed quarters.

Since the days of Chief Justice Melville W. Fuller in the late 19th century, they have had a tradition of shaking each other's hands when assembling to go on the bench and at the beginning and the end of private conferences.

The practice was instituted, according to the court's website, as a reminder that "differences of opinions on the Court did not preclude overall harmony of purpose." It too could go by the wayside.

On the bench, the justices' seating arrangement is not conducive to social distancing. They sit right next to each other, with the Chief Justice in the middle.

And since Ginsburg has been recovering from her latest cancer, a new and poignant tradition has developed. At the end of oral arguments, Thomas often extends a hand to his colleagues to help her navigate the few steps out of the courtroom.