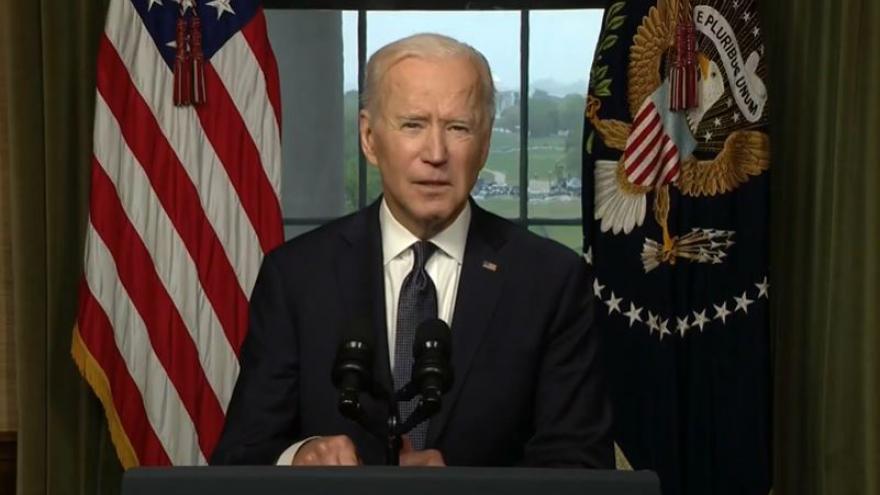 (CNN) -- There's no quick fix for the current pandemic-induced supply chain crisis, but the bipartisan infrastructure bill currently held up in Congress would help prepare the complicated system to handle the next disruption.

The legislation calls for major federal investments in each step of the US freight network: Inland waterways and rail used for transporting goods and produce, highways and bridges traveled heavily by truck drivers as well as the nation's seaside ports, the biggest of which is currently facing a record backlog of shipping containers sitting on scores of ships waiting off the coast.

Altogether, the bill would provide up to $78 billion over five years to address the interconnected system that moves freight across the country, according to the Coalition for America's Gateways and Trade Corridors that advocates for the nation's freight infrastructure.

The new investment would provide a 40% increase to two key federal freight infrastructure programs as well as additional money for new programs.

"The money is very much needed for a backlog of projects across the country," said Elaine Nessle, the coalition's executive director.

"These projects stay on the books until we have enough money and the needs keep piling on as consumers buy more goods and add stress on the system," Nessle added.

Experts in the industry have long been sounding the alarm about weaknesses in the infrastructure system that transports goods and produce across the country and the lack of funding to address them.

The demand for government grants, for example, exceeds the current available funding. A Department of Transportation grant fund known as the INFRA program received 157 applications this year but could only award money to 24 of them.

The infrastructure needs range in scope. Rails need upgrades and bridges need repairs. Expanding locks along the Mississippi River would help accommodate larger barges and move more cargo at a quicker pace. Changes along roadways heading away from ports are desperately needed to improve traffic flow.

Today's supply chain crisis largely stems from the pandemic, which caused major changes in Americans' buying habits. Consumers stuck at home started spending more on goods than services and the sudden spike in purchasing combined with a shortage of workers -- especially truck drivers -- was enough to topple the delicate system.

As a result, shipping costs are skyrocketing and threatening to keep inflation elevated. Economists say the supply chain problems are showing no signs of slowing and could last into next year.

But the current backup is shining a bright light on problems that existed long before the pandemic, and suddenly making households keenly aware of how important the system is to putting food on their tables and holiday gifts on store shelves.

"The pandemic is sort of a unique situation, but in a sense it's what people have been warning about," said Chuck Baker, president of the American Short Line and Regional Railroad Association.

The 600 different short railroad lines across the United States help connect a lot of rural areas directly to the national railroad network and can be more efficient than trucks. They are typically privately owned, expensive to operate and could benefit greatly from a boost in federal funding, said Baker, noting it could help update the tracks and, for some, "help stay in existence."

President Joe Biden's infrastructure plan -- which would invest $1.3 trillion over five years -- passed the Senate in August with 19 Republican votes.

But it has yet to come up for a vote in the House, where progressive Democrats want to tie it to a larger spending bill. That piece of legislation would take up the remaining parts of Biden's agenda that are unlikely to garner Republican support but could be passed without their votes using a legislative process known as reconciliation.

That spending plan, which calls for investing $1.9 trillion over 10 years, would expand the country's social safety net by making child care more affordable and creating a universal pre-K program that could help parents who left the workforce during the pandemic. It would provide paid and sick leave benefits and expand Medicare so that it includes vision coverage, among several other provisions. It would also likely raise taxes on the wealthy and corporations.

Democratic leaders have pressed lawmakers to have an agreement before October 31 in order to move the infrastructure bill before the short-term surface transportation funding bill expires. But it's not a firm deadline and negotiations are continuing this week.