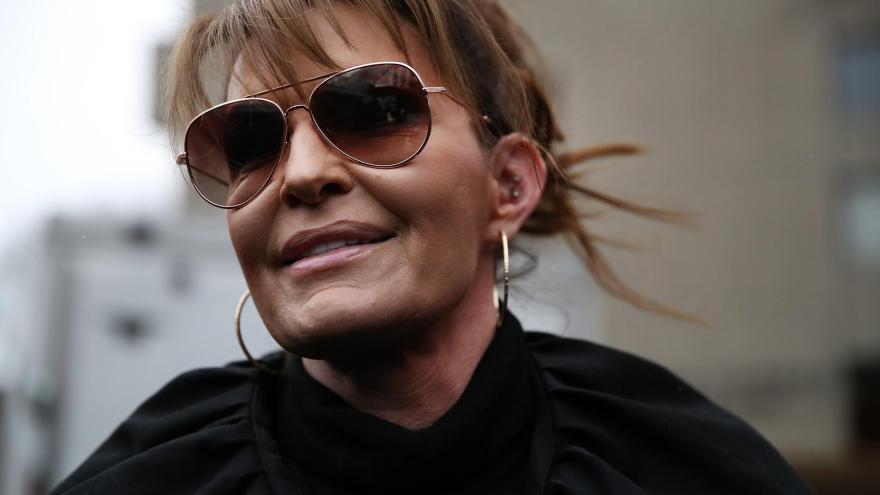 Elections officials in Alaska on Wednesday will tabulate the ranked-choice results of the special election to fill the state's at-large House seat for the remainder of the congressional term.

(CNN) -- Elections officials in Alaska on Wednesday will tabulate the ranked-choice results of the special election to fill the state's at-large House seat for the remainder of the congressional term.

Former Gov. Sarah Palin, a Republican, and former state Rep. Mary Peltola, a Democrat, were the top two vote-getters in the August 16 primary to replace former Rep. Don Young, who died in March.

But because neither topped 50% of the first-place votes, it will be the ballots of those who backed a third candidate in the race -- Republican businessman Nick Begich III -- that determine the outcome.

The path from "open" primary to ranked-choice results

Alaska voters in 2020 approved an overhaul of the state's elections system, moving to a ranked-choice voting system. The special election for Alaska's lone House seat is the first time the new system is in use.

Elections in Alaska now start with an "open" primary, in which candidates of all parties compete and all voters are allowed to participate, casting their ballots for the one contender they prefer. The top four vote-getters, regardless of party, advance to the general election.

Then, in the general election, instead of just voting for one of the top four candidates, voters rank their preferences in order. They are allowed to rank candidates one through four, but are not required to do so -- voters could instead choose only to rank their preferred candidate, or only rank their top two.

If no candidate receives more than 50% of the first-place votes, then the ranked-choice system is used to determine the winner.

The method and the math

First, the Alaska Division of Elections eliminates the candidate with the least amount of first-place votes. The votes that had gone to that candidate are then assigned to the second choice listed on those voters' ballots.

If no candidate has topped 50% of the vote at that point, then the Division of Elections would go through a second round of tabulation. The fourth-place candidate would have already been eliminated, and in the second round, the third-place finisher would also be eliminated.

The tabulation is a computer process that will be completed almost immediately. The Alaska Division of Elections plans to livestream the process on Facebook at 8 p.m. Eastern time -- that's 4 p.m. in Juneau -- on Wednesday. The Division of Elections said results will be available on Wednesday first via its livestream, and later on its website once it exports and uploads a report with the final results.

Simplifying matters in the House special election is the fact that there were only three candidates on the ballot. A fourth, independent Al Gross, had finished in the top four in the June special primary but dropped out afterward -- and did so quickly enough that state elections officials removed him from the ballot.

Instead, a small number of write-in votes could have second-place contenders that will add to their vote counts. But the second-place votes of those who backed Begich will be determinative.

What's next in Alaska

Wednesday's ranked-choice tabulation comes months ahead of a November election in which the same process could decide the outcome of several key races.

Palin, Peltola and Begich are all on the ballot again in the race to win the House seat for a full term.

Republican Sen. Lisa Murkowski, who has been targeted by former President Donald Trump after she voted to convict in his impeachment trial following the insurrection at the US Capitol on January 6, 2021, is facing off against Trump-backed Republican Kelly Tshibaka and two other candidates for her Senate seat.

And Republican Gov. Mike Dunleavy will face independent former Gov. Bill Walker and two other contenders in the gubernatorial election.