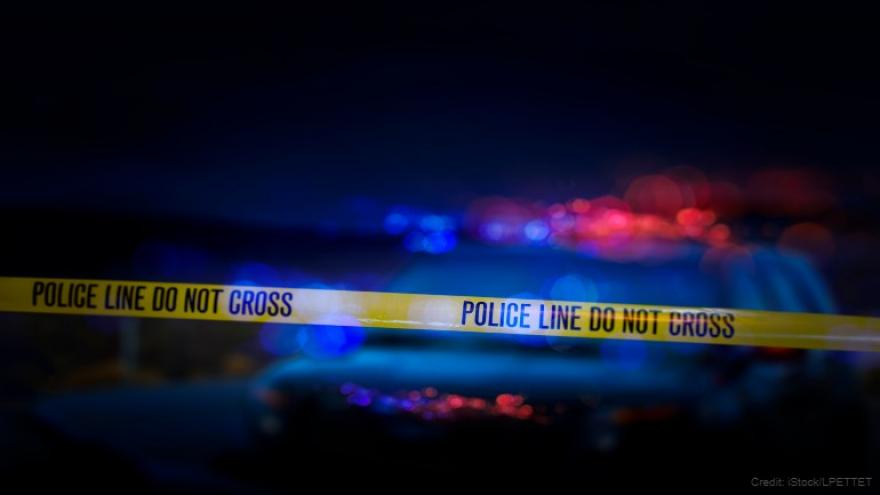 Police gather near Houston home where they investigated a possible human smuggling operation.

(CNN) -- Houston police say they rescued about 30 people being held in a home after officers responded to a report of a man running down the street in his underwear.

Federal prosecutors announced Friday that one Honduran national illegally in this country has been charged with harboring 29 people. He is expected to make his initial appearance Monday before US Magistrate Judge Frances Stacy, the Justice Department said in a release.

When officers arrived Thursday night they found the man who had been running down the street in his undewear, who told them he had been held against his will with nearly 30 others in a nearby home, said Commander J.A. Halliday of the Houston Police Department. He said it appeared to be a human smuggling operation.

Police watched as another man began to back a vehicle out of the garage then quickly pulled back in and ran inside, said Halliday. Officers entered after they heard a loud noise and suspected some of the people in the house might be in danger.

Police found at least 28 males and one female from various countries such as Mexico, Cuba, Honduras, and El Salvador in their undergarments being held inside the house, the spokesman said. Halliday said several of the people told officers they had been there between two days and a week after they were picked up in Brownsville and brought to Houston.

The US attorney's office says the residence had boarded-up windows and deadbolt locks on the inside doors.

If convicted, the suspect faces up to 10 years in federal prison and a possible $250,000 maximum fine, the Justice Department release says.

Officials at a nearby school opened the gymnasium for the group so they would not have to wait in the cold, Houston police said in a social media post. They were given food and clothes, and the fire department checked them out and did not find any serious injuries, Halliday said.

The Department of Homeland Security and US Immigration and Customs Enforcement are investigating.