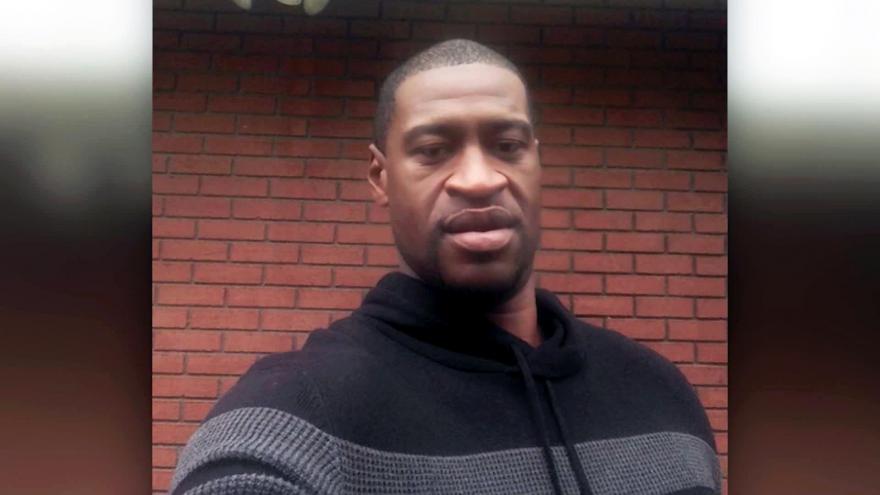 A visitation for George Floyd is planned for Monday in Houston, Texas where thousands of mourners are expected.

(CNN) -- Thousands of mourners gathered at The Fountain of Praise church in Houston on Monday to pay their respects to George Floyd, whose death in Minneapolis police custody has sparked protests around the United States and across the world.

Floyd, 46, grew up in the city's Third Ward and will be buried in Houston next to his mother, according to the Fort Bend Memorial Planning Center.

Floyd was a huge role model for a lot of people, his brother, Philonise Floyd, said during the visitation ceremony.

"He was the first person who everybody looked up to in our neighborhood because he was the first one to get a scholarship to go and play basketball or football when he wanted to do," Philonise Floyd said.

Floyd was someone who also had a beautiful soul, his younger brother, Rodney Floyd, said.

"If he was told he would have to sacrifice his life to bring the world together, and knowing him, I know he would've did it," Rodney Floyd said.

He added that he's still processing the death. "It seems unreal because, you know, every day is like waiting on that phone call. I'm still calling his phone number."

Texas Gov. Greg Abbott and Mayor Sylvester Turner were among those who visited Floyd's casket at the church. Close to 10,000 people were expected to attend the visitation, which was open from noon to 6 p.m. local time Monday, said La'Torria Lemon, spokeswoman for the funeral home.

To comply with social distancing rules, only 15 masked guests were allowed inside the church at a time. Guests were allowed to stay inside no more than 10 minutes after viewing the body. Guests must wear a mask and gloves, and casual attire was permitted.

Many of the visitors wore shirts supporting Black Lives Matter and stating Floyd's last words, "I can't breathe." With gospel songs playing in the background from artists including CeCe Winans and Kurt Carr, several mourners wiped away tears as they stopped in front of the casket.

Abbott called Floyd's death "the most horrific tragedy" he has ever seen.

"George Floyd is going to change to arc of the future of the United States," Abbott said. "George Floyd has not died in vain. He life will be a living legacy about the way America and Texas respond to this tragedy."

Abbott said he is already working with legislators and is committed to working with the family to "ensure we never have anything like this ever occur in the state of Texas." He hinted there may be a "George Floyd Act" in the works "to make sure we will not have police brutality like what happened to George Floyd."

Sen. Amy Klobuchar, the Rev. Jesse Jackson, actor Kevin Hart and rappers Master P and Ludacris were also in attendance. Lawmakers from Ghana paid tribute to Floyd in a taped presentation in which Barbara Oteng Gyasi, the minister of tourism, unveiled a plaque and mural.

Floyd graduated from Jack Yates High School in 1992, where he helped the football team win the state title. He also played basketball there, Lemon said. A vigil for Floyd will be held at the high school at 8:30 p.m. Monday for local and national alumni.

"The Alumni of Jack Yates is deeply saddened and enraged over the senseless murder of our beloved Lion. We wish to express our support for the family and friends of Mr. Floyd. We along with millions of others across the world demand Justice for this Injustice. We are asking all current and former Jack Yates Alumni to wear Crimson and Gold," the school said in a statement.

Before moving to Minneapolis, Floyd was well known in the Houston music scene, rapping with a group called Screwed Up Clik (SUC).

Saturday, hundreds of people lined up for a public viewing of Floyd's casket in Raeford, North Carolina, about 20 miles from where he was born.

Meanwhile, demonstrations against systemic racism and police violence continued over the weekend, with large crowds in Washington, Philadelphia and other cities and towns.

Floyd's body is already in Houston, according to Houston Police Chief Art Acevedo.

"#GeorgeFloyd and his family are safely in Houston," he tweeted Sunday.

Politicians and entertainers are expected

Democratic presidential candidate Joe Biden plans to travel to Houston on Monday to meet privately with Floyd's family and offer his condolences, according to a Biden aide.

The former vice president will tape a video message for Floyd's private funeral service Tuesday, the aide said. But Biden is not planning to attend Tuesday's service. His team does not want to cause any disruptions from Biden's Secret Service protection, according to people familiar with those deliberations.

Houston Mayor Sylvester Turner and actor Jamie Foxx are among those expected Tuesday, Lemon said, adding that an outline of the service will be available Monday evening.

Tuesday's funeral will be available via streaming on The Fountain of Praise Church website, Lemon said.