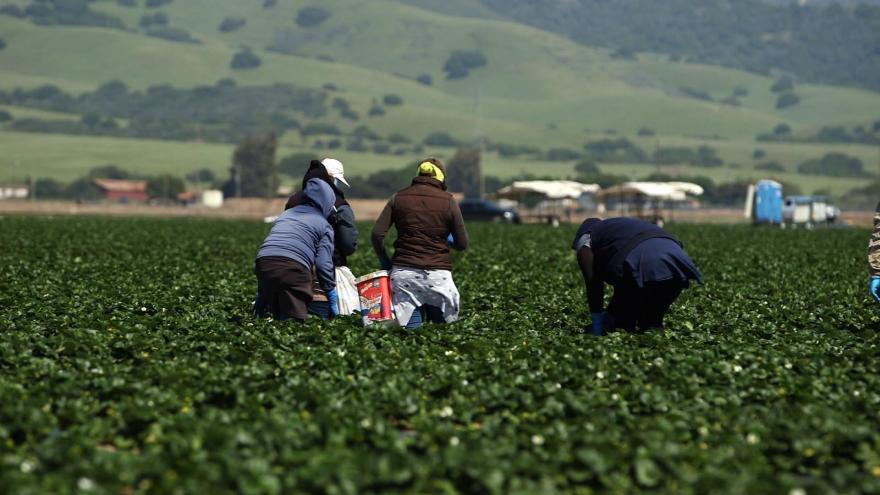 The House passed a bipartisan bill Wednesday that would grant legal status to thousands of undocumented farmworkers.

(CNN) -- The House passed a bipartisan bill Wednesday that would grant legal status to thousands of undocumented farmworkers.

While previous legislative efforts seeking to legalize a larger number of undocumented immigrants have failed, Wednesday's vote is significant both for what it tries to achieve and for the Republican support it received. The bill passed with a bipartisan vote of 260-165, though it faces an uncertain future in the Senate.

The measure would provide a pathway to citizenship for undocumented immigrants working in agriculture, reforms a temporary agricultural program used by employers and requires companies to verify whether workers are in the United States legally through a federal system.

Taken together, the reforms laid out in the legislation has the potential of bringing about sweeping changes to an industry that's relied on undocumented immigrants. According to the Pew Research Center, in 2016, immigrants without legal status accounted for 15% of workers in the agriculture industry.

"Unfortunately, our immigration laws have not been updated to reflect the needs of our 21st century economy," the New York Democrat said in a House floor speech. "Due in large part to these outdated laws, undocumented workers now comprise about half of the farm workforce. But they are living and working in a state of uncertainty and fear, which contributes to the destabilization of farms across the nation."

Over recent months, the Trump administration has ramped up immigration enforcement at workplaces, including in the agriculture sector. In August, US immigration authorities targeted food processing facilities across Mississippi, rounding up nearly 700 undocumented immigrants.

In November, over 300 agriculture groups sent a letter to House Speaker Nancy Pelosi and Minority Leader Kevin McCarthy backing the agriculture bill and calling for the House "to address the labor crisis facing American agriculture."

"Securing a reliable and skilled workforce is essential, not only for the agricultural industry but for the U.S. economy as a whole," they wrote.

Immigration has been a contentious issue on Capitol Hill for years. Since taking the House majority, Democrats have tried to push through legislation to address the undocumented population in the United States, but to little success in the Senate.

In June, for example, the House passed a bill that would provide a pathway to citizenship for more than one million undocumented immigrants. It's still before the Senate.