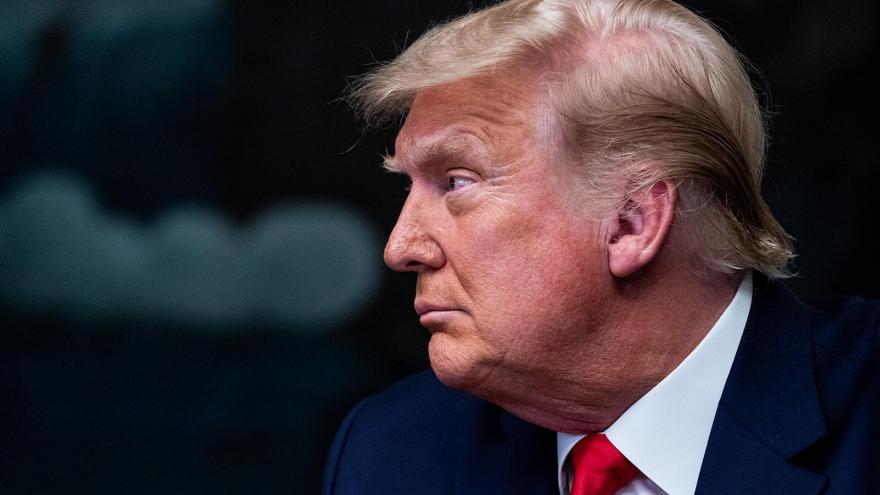 The House of Representatives will vote Monday in an effort to override President Donald Trump's veto of the sweeping defense bill known as the National Defense Authorization Act, forcing GOP lawmakers to choose between loyalty to the President and legislation that sets defense policy for the country.

(CNN) -- The House of Representatives on Monday voted to override President Donald Trump's veto of the sweeping defense bill known as the National Defense Authorization Act, delivering a bipartisan rebuke to the President.

The bill initially passed both the House and Senate with veto-proof majorities, but amid Trump's continued opposition, it had been unclear if the override attempt would be successful or if the veto would be sustained. The vote forced Republican lawmakers to choose between loyalty to the President and legislation that sets defense policy for the country.

Democrats had expressed confidence, however, that they would have the votes they needed to override the veto. The bill will next head to the Senate for the chamber's veto override attempt. Independent Sen. Bernie Sanders of Vermont said Monday night that he will delay the vote there unless Senate Majority Leader Mitch McConnell, a Kentucky Republican, brings a vote on $2,000 stimulus checks to the floor. This could postpone a final vote on the override to Friday.

The $740 billion bill includes pay raises for America's soldiers, modernizations for equipment and provisions to require more scrutiny before troops are withdrawn from Germany or Afghanistan, but that hasn't stopped Trump's threats against it.

Trump had threatened to veto the bill because it doesn't include a repeal of Section 230, a law that shields internet companies from being liable for what is posted on their websites by them or third parties. The bill also includes provisions to limit how much money Trump can move around for his border wall and another that would require the military to rename bases that were named after figures from the Confederacy.

The President ultimately moved to veto the legislation earlier this month, setting up a clash with Congress and putting Republican lawmakers in a difficult spot, while paving the way for the override attempt on Capitol Hill.