House to vote June 11 on holding Barr, McGahn in contempt of Congress 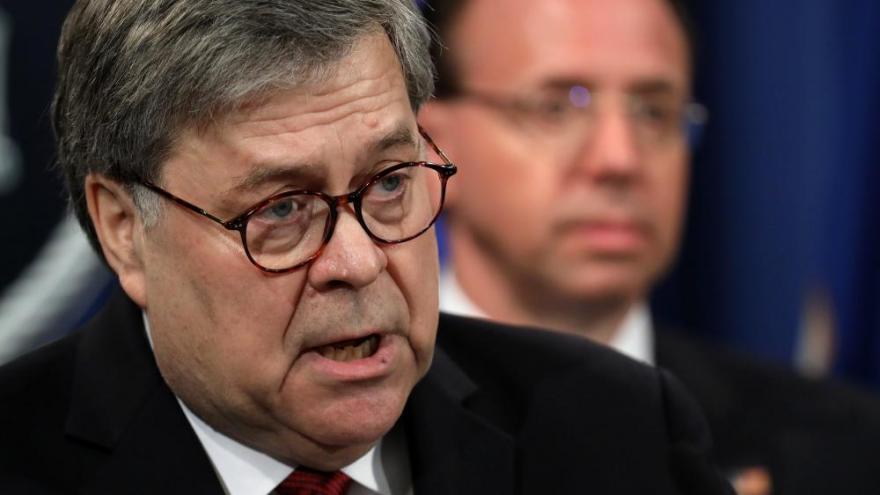 The full House of Representatives is expected to vote on June 11 whether to hold Attorney General William Barr in contempt of Congress, according to a Democratic aide.

In a private leadership meeting Monday evening, Pelosi discussed her party's next steps for Barr with the contempt vote. According to four sources, Pelosi also made clear her opposition to opening up impeachment proceedings. One source in the room said she was critical of those pushing impeachment, like billionaire Democratic donor Tom Steyer, because she said they seem to believe impeachment will remove Trump, ignoring the role of the GOP-controlled Senate.

Shortly thereafter, House Majority Leader Steny Hoyer -- the second ranking Democrat in the chamber -- announced in a statement the plans to vote on holding Barr and McGahn in contempt.

"Next Tuesday, I will bring a resolution to the House Floor forcing Attorney General Barr and former White House Counsel McGahn to comply with Congressional subpoenas that have been duly issued by the House Judiciary Committee," Hoyer said in the statement.

He added later, "This Administration's systematic refusal to provide Congress with answers and cooperate with Congressional subpoenas is the biggest cover-up in American history, and Congress has a responsibility to provide oversight on behalf of the American people."

The vote comes following Barr's refusal to provide the committee with the full unredacted report from special counsel Robert Mueller and its underlying evidence.

The House Judiciary Committee has already voted to hold Barr in contempt, sending it to the floor, and House Judiciary Chairman Jerry Nadler said he would move to hold McGahn in contempt after he didn't appear before the committee under subpoena last month.

Earlier Monday, the House Oversight Committee said it would also vote to hold Barr as well as Commerce Secretary Wilbur Ross, in contempt for refusing to comply with their requests for information into a probe on how a question about citizenship ended up on the US Census. House Oversight Chairman Elijah Cummings said in a letter Monday that he would postpone the committee's contempt vote if the Commerce and Justice departments produced the materials the committee had previously requested by Thursday.

CNN previously reported that the House could vote on a provision that would allow it to bypass a committee vote in bringing a contempt vote to the floor.

This story has been updated to include additional developments Monday.