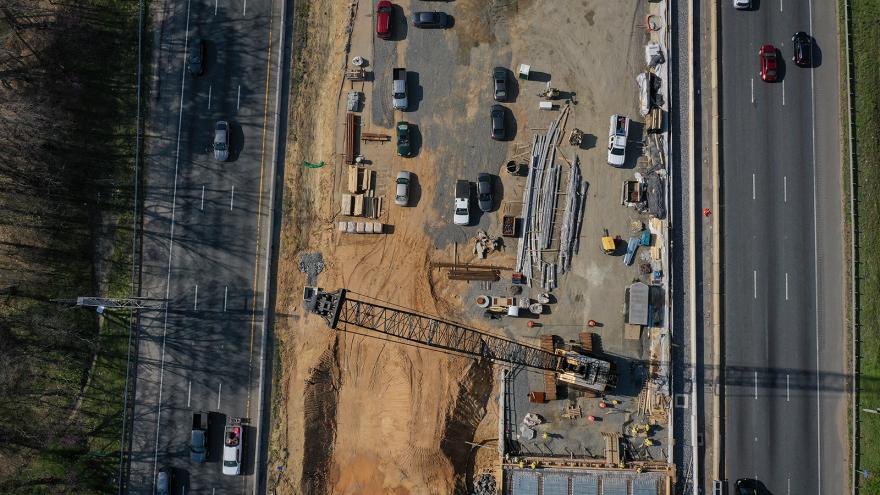 (CNN) -- The House of Representatives voted on Thursday to approve a $715 billion transportation and water infrastructure bill focused on improving and repairing roads, bridges, transit and rail, and ensuring clean drinking water.

The vote was 221-201 with two Republicans voting with Democrats in favor.

House Democrats say the bill -- known as the INVEST in America Act -- will deliver on key priorities in President Joe Biden's American Jobs Plan, and they hope the legislative text can be used to negotiate with the Senate and the White House to determine what specific policy proposals can be included as part of the recently announced bipartisan infrastructure framework.

Democratic Rep. Peter DeFazio of Oregon, the lead sponsor of the INVEST Act and chair of the House Transportation and Infrastructure Committee, said at a news conference on Wednesday, "I'm suggesting that substantial amounts of the policy in our bill should be negotiated by the White House, and the Senate and the House to be part of that bipartisan proposal."

The framework deal reached between Biden and a bipartisan group of senators last week outlines top-line spending numbers for a variety of priorities, but many other details of the plan remain unclear.

"The Senate bipartisan deal is an outline," DeFazio said. "There's no policy attached to their proposal. You have to have policy to do a bill."

House Speaker Nancy Pelosi praised the bill on Wednesday, calling it "a strong jobs-creating package that seizes a once in a century opportunity to rebuild America's infrastructure."

The legislation is an authorization measure, not an appropriations bill, and it does not include a pay-for mechanism as it came out of the Transportation and Infrastructure Committee and that is not part of the committee's jurisdiction.

When asked about how to address funding, DeFazio told reporters earlier this week, "this is always a sticking point," but said that the Ways and Means committee, which is the chief tax-writing committee in the House, "has held a number of hearings and there are members of that committee that have a multiplicity of ideas."

DeFazio added, "I fully expect, in concert with the Biden administration, that they will put forward proposals after we begin to meld the policy and the numbers together on the Senate side."

Democratic congressional leaders have been pursuing a dual track approach to infrastructure, pushing for a bipartisan infrastructure proposal, while at the same time setting the stage for the Senate to pass a broader package with only Democratic votes through reconciliation that could include any priorities left out of a bipartisan deal.

The approach has led to tension on Capitol Hill, however, and the future of the bipartisan deal is still uncertain.

Over the weekend, Biden felt compelled to walk back earlier remarks that he wouldn't sign a bipartisan bill on infrastructure unless it came paired with a reconciliation proposal, which had been met with criticism from Republicans who argued that attempting to tie the two efforts together could jeopardize a deal.

Asked about the dual track approach, DeFazio said, "This bill stands on its own."