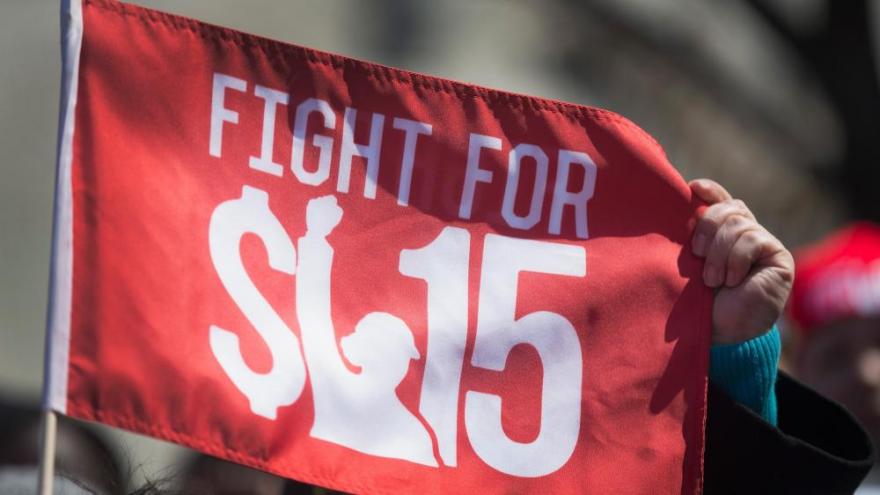 The House passed a bill Thursday that would raise the federal minimum wage for the first time in a decade -- but there's little chance the measure will be taken up in the Republican-controlled Senate.

(CNN) -- The House passed a bill Thursday that would raise the federal minimum wage for the first time in a decade -- but there's little chance the measure will be taken up in the Republican-controlled Senate.

The bill was a priority for progressives and gives a victory to a movement that's taken nearly seven years to get this far. But in its current form, the bill has no major support from the Republican side.

The Raise the Wage Act would bring the federal minimum wage up gradually from $7.25 to $15 by 2025. After that year, the rate will be indexed to the median hourly wage of all workers.

House Democrats started the process of passing a bill in March, but struggled to get support from more moderate members. In recent weeks, party leaders made some key concessions to get enough lawmakers on board. They increased the phase-in time from five to six years, and added a requirement for the government to study the economic impact of the bill after it's in effect, giving Congress the ability to make adjustments in the future.

About 1.7 million people, or about 2.1% of all hourly paid workers, earned at or below the federal minimum wage last year, according to the Bureau of Labor Statistics.

Republicans have by a wide majority not voiced support for the bill, concerned that raising the wage to $15 would result in too many jobs lost. White House economic adviser Larry Kudlow said in November he doesn't think minimum wages are a good idea at all, raising doubts that President Donald Trump would sign it.

A Congressional Budget Office study published last week projected that the legislation would raise the wages of 27 million people and lead to 1.3 million fewer jobs, or 0.8% of total employment.

The US Chamber of Commerce has said it's willing to meet in the middle on some higher minimum wage, but that $15 is out of the question.

Correction: This story has been updated to reflect Walmart's position on minimum wages.