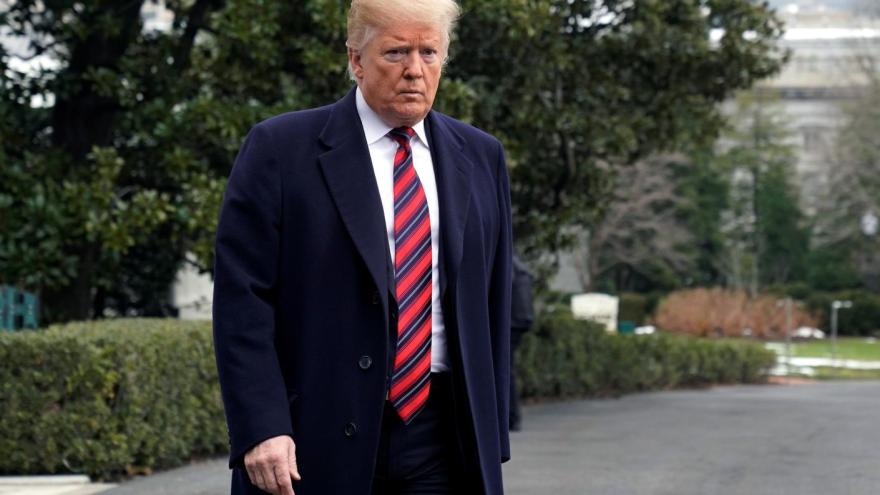 Then-President Donald Trump walks to talk to the media, ahead of his departure to Dover, on the South Lawn of the White House in Washington in January 2019.

(CNN) -- The House Oversight Committee has begun receiving financial documents from former President Donald Trump's former accounting firm, Mazars, after a deal was reached to end litigation over the documents earlier this month.

The committee first subpoenaed Trump's financial records in April 2019, which set off a long battle over the documents.

House Oversight Chairwoman Carolyn Maloney, a Democrat from New York, said in a statement to CNN that "the Committee has begun to receive documents from Mazars and expects to receive more pursuant to the settlement. These documents are essential for the Committee to uncover the extent of former President Trump's misconduct and conflicts of interests, and to pursue reforms to prevent similar abuses in the future."

She did not specify which documents Mazars has sent the committee thus far.

The New York Times was first to report that the committee had begun receiving the documents.