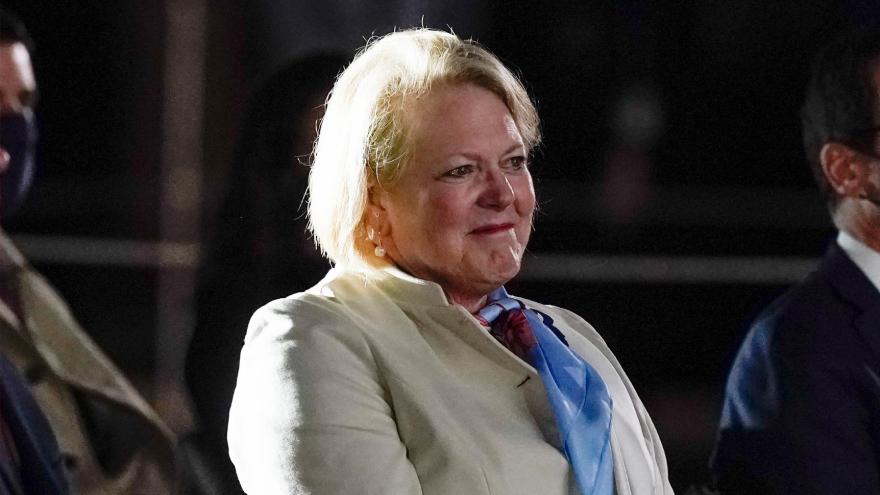 By Ryan Nobles, Jamie Gangel, Gloria Borger and Zachary Cohen, (CNN) -- Members of the House Select Committee investigating January 6 are discussing whether to call Ginni Thomas, wife of Supreme Court Justice Clarence Thomas, to come before the panel, according to multiple sources familiar with the matter.

While some members have raised the possibility of inviting Thomas to voluntarily appear before the committee or even compelling her testimony by issuing a subpoena, there is little indication the idea has picked up serious traction so far, the sources added.

The discussions have touched on whether Thomas' testimony would be directly relevant to their investigation and if they need to reach out to her directly.

Members are also weighing the political cost of calling such a prominent witness and the optics of questioning a sitting Supreme Court justice's wife against the possibility that ultimately she might not cooperate or provide information. They are concerned she could create a showdown that could distract from their overall mission.

Justice Thomas and Ginni Thomas both declined to answer questions from CNN on Friday.

"No thank you," said Justice Thomas, dressed in a blue button-down shirt and standing inside his garage when CNN asked to speak with him. Ginni Thomas walked away without commenting.

RELATED: What do Ginni Thomas' texts mean for Justice Thomas? At the Supreme Court, it's up to him.

The 29 text messages between Thomas and Meadows known to be in the committee's possession show she repeatedly pushed Trump's top aide to continue fighting to overturn the 2020 election.

A select committee spokesperson would not comment on Thomas specifically but told CNN that the panel has not ruled out issuing subpoenas to anyone.

Congressional Democrats expressed outrage on Friday over the revelation of the text messages, with several calling for Thomas' ouster from the court.

Rep. Veronica Escobar of Texas said that Thomas should resign.

"Clarence Thomas was the only #SCOTUS Justice to want to withhold Donald Trump's documents from the January 6 panel. Now we know why. Clarence Thomas needs to resign," Escobar wrote on Twitter.

Rep. Ilhan Omar of Minnesota tweeted that Thomas should be impeached.

And Rep. Ted Lieu of California indicated that Thomas should recuse himself from cases involving claims of 2020 election fraud, tweeting, "Thomas cannot rule on a case that would disclose the crazy things Ginni Thomas was doing. That was a clear conflict of interest. Justice Thomas once again dishonors the Supreme Court."

Calls for Thomas' recusal from certain election-related cases gained an endorsement earlier Friday from Sen. Ron Wyden, an Oregon Democrat who, in a blistering statement, said that "Thomas' conduct on the Supreme Court looks increasingly corrupt."

"Judges are obligated to recuse themselves when their participation in a case would create even the appearance of a conflict of interest. A person with an ounce of commonsense could see that bar is met here," Wyden said.

Amid the growing calls for a Thomas recusal, Senate Minority Leader Mitch McConnell defended the justice.

"Justice Thomas is a great American and an outstanding Justice. I have total confidence in his brilliance and impartiality in every aspect of the work of the Court," the Kentucky Republican wrote in a statement.