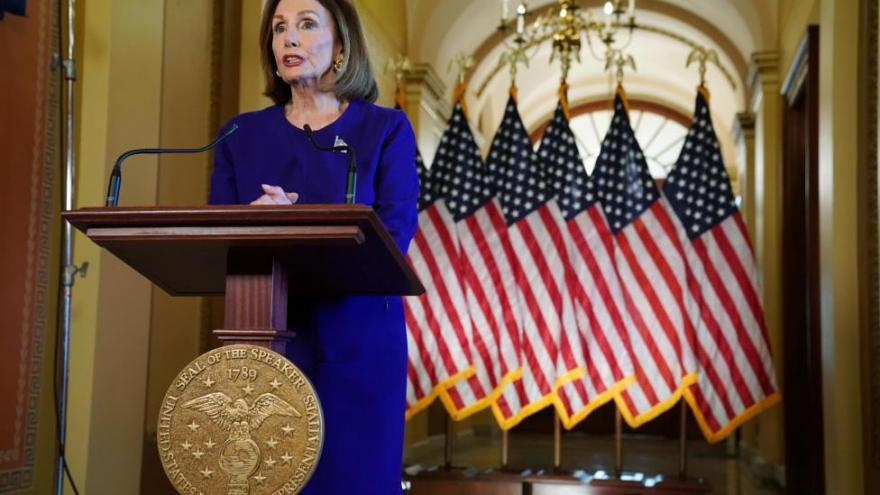 House Democratic leaders are pushing for votes on both the $1.2 trillion infrastructure bill and the larger $1.75 trillion economic plan as soon as Tuesday, according to three sources familiar with the matter.

(CNN) -- House Democratic leaders are pushing for votes on both the $1.2 trillion infrastructure bill and the larger $1.75 trillion economic plan as soon as Tuesday, according to three sources familiar with the matter.

A new version of the bigger bill with revisions might be introduced as soon as Sunday, and the Rules Committee could take up the rule as soon as Monday. Then, both bills could be on the floor as soon as Tuesday.

The schedule has not been finalized.

House Majority Whip Jim Clyburn said Saturday the House is set to vote on both economic bills Tuesday, while he was campaigning for Terry McAuliffe in Virginia. Clyburn urged Virginians to elect McAuliffe and other Democrats in the state to help implement those proposals.

"But let me tell you something about Congress passing legislation. When we pass it and it gets here to Virginia, you got to have a legislature that's gonna authorize the expenditures to pay the state's share," he added. "You've got to have a governor that's going to sign the deals with the legislation passed then. So no matter what we do in Washington, unless you've got somebody sitting in your statehouse who is going to sign the legislation, who will implement the law, we might as well not have it."

The expected votes come after President Joe Biden's last-minute attempt to convince the Democratic caucus to vote for the bipartisan infrastructure bill before leaving for a foreign trip. The press did not work, as progressives made clear they wouldn't vote for the bill without a vote for the economic bill the same day.

Neither Sens. Joe Manchin nor Kyrsten Sinema explicitly committed to backing the framework initially on Thursday when Democrats wanted a vote, leaving progressives not feeling confident rnough to support the infrastructure bill.

But Democrats who have spoken with Sinema of Arizona believe she will ultimately support Biden's $1.75 trillion economic bill, according to multiple sources with knowledge of the conversations.

"Sinema will support the framework," one Democrat who had conversations with her said.

Manchin, the other key holdout, has not yet offered much about his views on the proposal. But the West Virginian indicated to CNN on Thursday that he was supportive of the $1.75 trillion price tag, higher than his initial topline number.

Democratic leaders tried to call for a vote for the bipartisan infrastructure bill following Biden's Thursday visit with the caucus but couldn't generate enough support.

To buy themselves time, Congress passed a second temporary extension of the Highway Trust Fund, ensuring that 3,700 federal employees will not be furloughed. It was set to expire on October 31. Now it will be extended until December 3.

Now all eyes are on December 3. That is the same day that government funding runs out and when Treasury warns the debt ceiling will be hit.