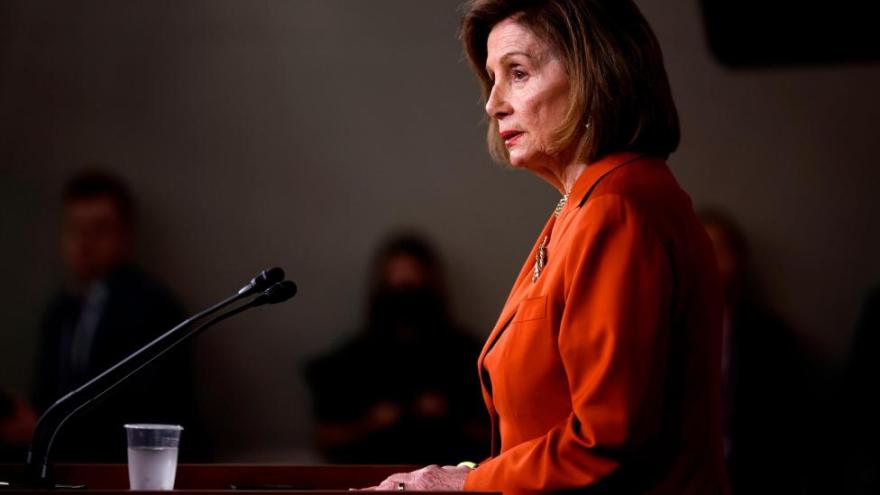 Speaker of the House Nancy Pelosi (D-CA) talks to repoorters minutes after the U.S. Supreme Court struck down Roe v Wade, which guaranteed a woman's right to an abortion, in the Capitol Visitors Center on June 24, 2022 in Washington, DC.

(CNN) -- House Democrats will not vote on a series of gun and policing bills this week that would have included an assault weapons ban, according to a source familiar with the matter. This comes after the chamber had scheduled these bills in the wake of a wave of mass shootings across the United States.

House Democrats were divided over how to structure a package of messaging bills on crime before the August recess. Vulnerable Democrats, also known as front-liners, wanted to pass police funding bills to combat defund-the-police attacks to help ahead of the 2022 midterms, while the Congressional Black Caucus and progressives have concerns about it and wanted accountability language included in the package for police officers.

The source told CNN that Democrats are going to be negotiating on the package in the hopes that they can have something ready to pass should the House come back into session during August recess, however right now that's not in the schedule.

Democratic leadership was hoping to pass the bills before the August recess, when lawmakers are scheduled to be in their home states for six weeks.