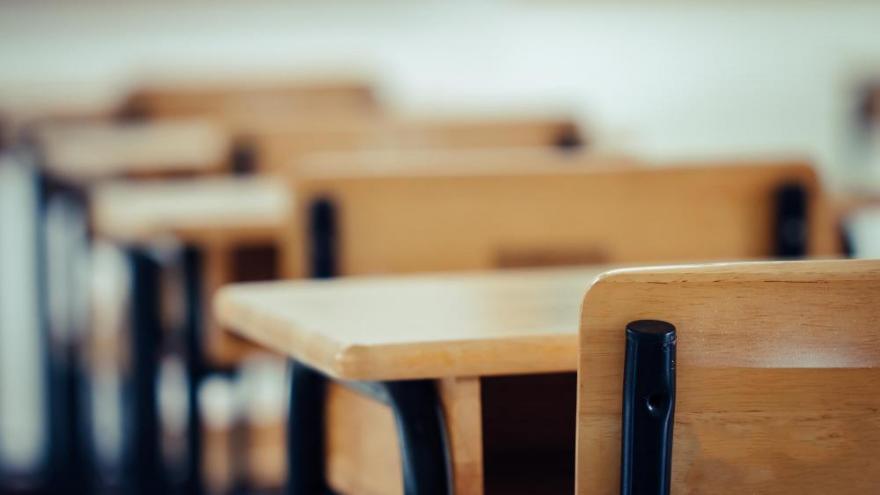 A small provision tucked into a massive federal budget proposal put forth by the House Appropriations Committee would cut money for charter schools by $40 million and could potentially limit many charter schools from receiving federal funds altogether.

(CNN) -- A small provision tucked into a massive federal budget proposal put forth by the House Appropriations Committee would cut money for charter schools by $40 million and could potentially limit many charter schools from receiving federal funds altogether.

The National Alliance for Public Charters Schools is calling the cut "particularly egregious" and said that the move would impact a majority of 3.3 million charter school students, who are overwhelmingly children of color and from low-income families.

Charter schools, which are publicly funded but usually run independently from local school districts, had the support of the Bush, Obama and Trump administrations. But some Democrats have targeted charter schools in recent years, arguing that they take away money from other public school students. On the campaign trail last year, now-President Joe Biden, Vermont Sen. Bernie Sanders and Massachusetts Sen. Elizabeth Warren opposed federal funds going to "for-profit charter schools."

RELATED: Here's what we know so far about the bipartisan infrastructure deal

The vast majority of charter schools are nonprofit organizations, though some states allow for-profit companies to manage charter schools, making up 10% nationwide.

The Democrat-backed budget proposal shows how those campaign pledges may lead to legislation that would funnel money away from some for-profit charters. The bill would prohibit any funds going to "a charter school that contracts with a for-profit entity to operate, oversee or manage the activities of the school."

But Nina Rees, the president and CEO of the National Alliance for Public Charter Schools, told CNN that the sweeping language could impact schools that contract out for cafeteria services, special education services, or back office staff -- some of the same things local district schools also hire private companies for. Without contracting out, schools may not be able to offer the services to special needs students that they are legally require to provide.

"I don't think they fully considered the ramifications of the language they proposed. It's pretty sloppy," Rees said.

Michigan Republican Rep. John Moolenaar, co-chairman of the Congressional Caucus on Education Innovation and Opportunity, criticized the provision at a committee hearing last week. He argued it would "make it illegal for charter schools that receive funding from the government to also contract with private companies for food, busing, janitors, text books, and the technology students -- especially those with special needs -- use for their lessons."

"This is an unnecessary targeting of charter schools," he added.

RELATED: Boosted by the federal stimulus, these virtual learning companies are fighting to keep their new place in US education

Connecticut Rep. Rosa DeLauro, a Democrat and chairwoman of the House Appropriations Committee, said in a statement to CNN that this claim is incorrect.

"A well-funded misinformation campaign is incorrectly claiming that this provision would prevent federal funds from going to any charter school, that contracts with any small entity, for any service. This false claim is being advanced by those seeking to continue federal funding for for-profit charter schools and should not be taken seriously," DeLauro said.

"The language is clearly focused on ending the practice of charters accepting federal funds only to have the school run by a low-quality, for-profit company rife with conflicts of interest," she added.

It's possible the legislative text could be interpreted in a more narrow sense, and apply to only the small percentage of charter schools that hire a for-profit learning management organization that is involved in running all the day-to-day operations, said Conor Williams, a senior fellow at The Century Foundation, a progressive think tank.

"There's evidence the for-profit charters, many of which are virtual, don't perform as well. Limiting their support is a defensible policy," Williams said.

The House spending bill is simply a proposal and it's unlikely it will be approved by the full Congress in its current form. But budget bills are often viewed as a reflection of values. Biden's budget request, which is also little more than an outline of spending priorities, did not cut from the $440 million in annual funding that charter schools have received in recent years.

This House proposal, which covers funding for agencies related to labor, health, human services and education, totals $253.8 billion, an 28% increase compared to the year before. It would, among other things, increase the maximum Pell grant award for low-income college students, boost support for workforce training and send more money to The National Institute of Health and the Centers for Disease Control and Prevention.