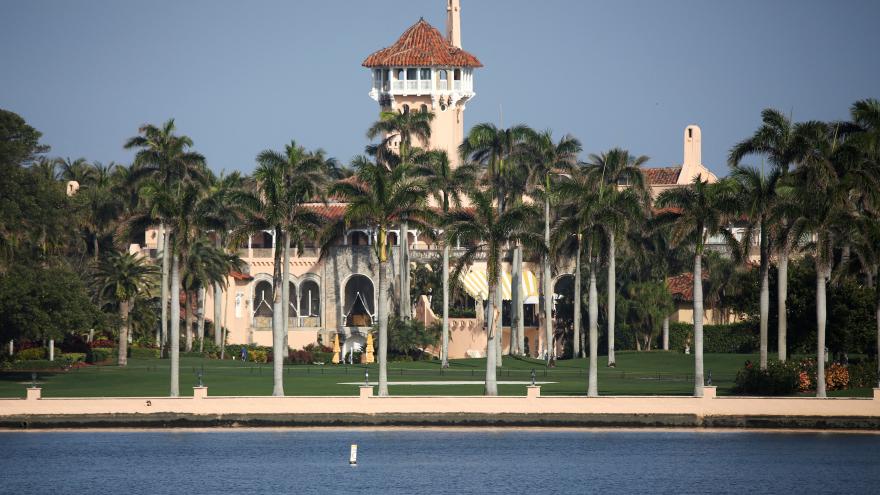 (CNN) -- The Democratic chairs of the House Intelligence and Oversight Committees have asked federal intelligence leadership for a congressional briefing and for a damage assessment after the FBI seized 11 sets of classified documents at former President Donald Trump's Mar-a-Lago home earlier this week.

"Documents show the FBI's search was an evidence-gathering step in a national security investigation about presidential records at Trump's Florida home," Maloney of New York and Schiff of California wrote. "The facts that are now public make clear that a damage assessment is appropriate."

The FBI on Monday executed a search warrant at Mar-a-Lago, with agents removing 11 sets of classified documents, some of which were marked as "top secret/SCI" -- one of the highest levels of classification.

Court documents unsealed and released on Friday identify three federal crimes that the Department of Justice is looking at as part of its investigation: violations of the Espionage Act, obstruction of justice and criminal handling of government records. The inclusion of the crimes indicated the department had probable cause to investigate those offenses as it was gathering evidence in the search. No one has been charged with a crime.

The letter outlined the House chairs' specific requests, including to "instruct the National Counterintelligence Executive, in consultation with the Inspector General of the Intelligence Community and other Inspectors General as appropriate, to conduct a damage assessment."

The letter continued: "In addition, we ask that you commit to providing an appropriate classified briefing on the conduct of the damage assessment as soon as possible. Even as the Justice Department's investigation proceeds, ensuring that we take all necessary steps to protect classified information and mitigate the damage to national security done by its compromise is critically important."

CNN reported earlier Saturday that one of Trump's attorneys signed a letter in June asserting that there was no more classified information stored at Trump's Mar-a-Lago residence, according to two sources familiar with the matter.

The letter signed by the attorney raises fresh questions about the number of people who may have legal exposure in the ongoing investigation into the handling of classified materials from Trump's time in the White House.

Before the FBI search warrant used at Mar-a-Lago was revealed Friday, Schiff lauded Attorney General Merrick Garland's request to unseal it, and Trump's legal team ultimately agreed to its release. Schiff also said the House Intelligence Committee would decide whether it would investigate the FBI's search of Mar-a-Lago.

"Hopefully (the unsealing) will give the public a sense of why the Justice Department made the decision they did. I have great confidence that Garland considered all of the factors in making the decision," he said.