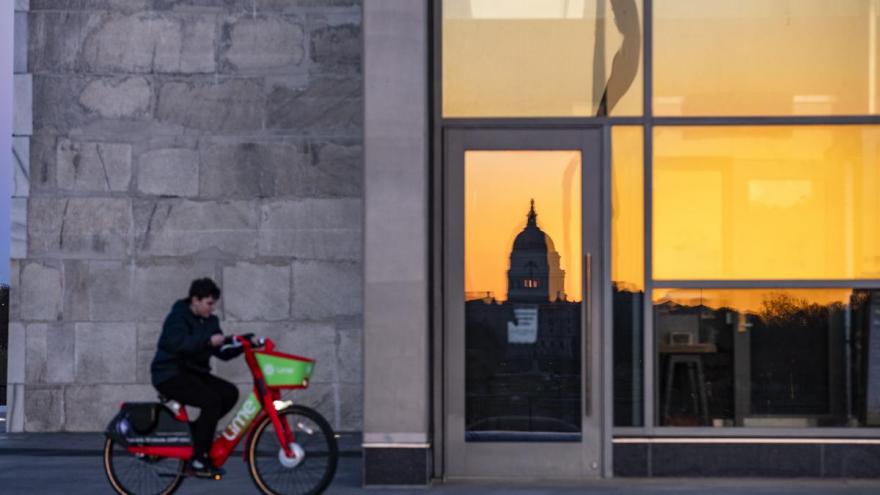 The House Oversight and Reform Committee is slated to hold a vote on April 14 to approve a bill that would grant statehood to Washington, DC.

(CNN) -- The House Oversight and Reform Committee voted on Wednesday to approve a bill that would grant statehood to Washington, DC, a Democratic priority that faces obstacles for final passage even when the party controls both chambers on Capitol Hill and the White House. The tally was 25-19.

"Today is an historic day for our country -- and our democracy," Oversight Chair Carolyn Maloney said in her opening remarks ahead of the vote. "For only the second time in a generation, we will vote on whether hundreds of thousands of American citizens will finally have their voices counted in Congress."

"The United States is the only democratic country that denies both voting rights in the national legislature and local self-government to the people of its capital. That is wrong. It violates everything we stand for as Americans," the New York Democrat said.

The committee vote to approve the bill paves the way for a House floor vote on the measure, which is expected to take place next week.

During the last session of Congress, House Democrats successfully passed the bill -- H.R. 51, the Washington, D.C. Admission Act, marking the first time either chamber of Congress had advanced a DC statehood measure. It did not advance, however, in the Senate, which was controlled by a Republican majority at the time.

Now Democrats are bringing the bill back up for consideration in the new Congress and pushing again for its passage. This time, Democrats control a narrow majority in the Senate, but the DC statehood bill would still face an uphill fight in the chamber where it is unlikely to get enough Republican support to clear a 60-vote threshold for passage. Delaware Sen. Tom Carper claimed on Wednesday that his bill granting DC statehood now has the support of 45 senators, the most ever.

"Congress can no longer exclude DC residents from the democratic process, forcing residents to watch from the sidelines as Congress votes on laws that affect the nation or votes even on the laws of the duly elected DC government. Democracy requires much more," Norton said in her opening remarks.

"DC residents deserve full voting representation in the Senate and the House and complete control over their local affairs. They deserve statehood," she said.

Democrats framed the issue of granting statehood to Washington, DC, as an important step for equal representation and voting rights in the United States, while Republicans argued that the legislation represents a partisan effort by Democrats to push a progressive agenda and tip the scales in Congress in their favor.

"Let's be very clear what HR 51 is all about. It's all about creating two new Democrat US Senate seats," GOP Rep. James Comer of Kentucky, the committee ranking member, said.

"That's what it's all about. We could end the discussion there. That's what this bill is all about and everyone in America knows it. This bill is part of the progressive pathway that President Biden, Leader Schumer and Speaker Pelosi have to reshape America into that socialist utopia that the Squad talk about."

Last month, the committee held a hearing on the legislation that featured testimony from DC Mayor Muriel Bowser and other local officials.

Throughout the hearing, Democrats made clear that they see granting statehood to DC as a civil rights and representation issue, while Republicans claimed making the nation's capital the 51st state through legislation, rather than through a constitutional amendment, defies the nation's laws, and pushed back on other logistical and political issues.

In her testimony, Bowser called the cases made against HR 51, including assertions that it is unconstitutional or that Washington, DC, is too small or can't handle governing itself, "bad faith arguments."

"Arguing that Washingtonians must remain disenfranchised to protect the interests of the federal government is dangerous, outdated and downright insulting," she said.