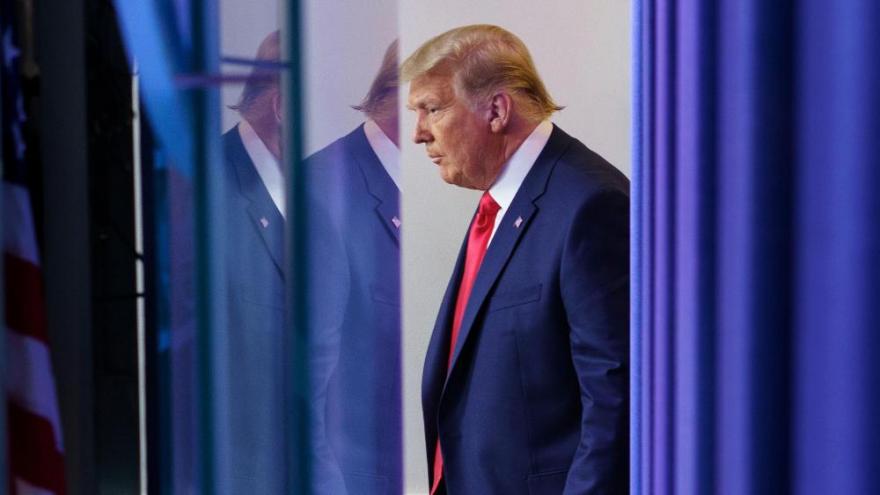 The House Select Subcommittee on the Coronavirus Crisis released to CNN on November 12 new evidence showing how US Centers for Disease Control and Prevention officials were pressured by Trump administration officials to alter scientific guidance.

(CNN) -- The House Select Subcommittee on the Coronavirus Crisis released to CNN on Friday new evidence showing how US Centers for Disease Control and Prevention officials were pressured by Trump administration officials to alter scientific guidance and prevented from communicating directly with the public.

In new excerpts of transcribed interviews, Dr. Nancy Messonnier, the former director of the CDC's National Center for Immunization and Respiratory Diseases, said she was made aware that then-President Donald Trump was angered by a February 25, 2020, briefing during which she warned the public about the dangers of the coronavirus. Messonnier says in the transcript she had calls with former CDC Director Dr. Robert Redfield and former US Health and Human Services Secretary Alex Azar after the briefing, and that she was "upset" after her conversation with Azar.

In the transcripts, other CDC officials described how requests to hold briefings about mask guidance and pediatric Covid-19 cases and deaths were denied. When asked about a CNN report that CDC officials felt "muzzled," Dr. Anne Schuchat, CDC's former principal deputy director, said, "That is the feeling that we had, many of us had."

Several interviews also described efforts by the administration to alter or influence the agency's guidance and weekly scientific reports, the Morbidity and Mortality Weekly Report, which typically are not shared outside the agency before they're published.

It took "great effort to protect that integrity," Schuchat said in the transcribed excerpt, and "active effort" on the part of CDC officials "to make sure that the attempts were not successful" to alter the reports.

In another interview, Dr. Christine Casey, an editor of CDC's Morbidity and Mortality Weekly Report, described an email from Trump appointee and former US Health and Human Services adviser Paul Alexander that she saw as a request to stop a report. She called it "highly unusual and quite concerning for somebody to ask to put an immediate stop on MMWR reports. I don't think in my memory that has ever happened. And, to be accused -- because it is accusatory language -- that MMWR content is designed to harm our commander in chief, the President."

Casey said she was instructed to delete the email and was told the direction came from Redfield.

The transcripts also include a conversation with Dr. Deborah Birx, who served as the White House coronavirus response coordinator, in which she described how the Trump administration pushed for guidance that said people who were not symptomatic did not need to be tested, despite disagreement from health officials. She said it was the intent of Dr. Scott Atlas, a Trump coronavirus adviser, "to change the testing guidance."

"This document resulted in less testing and less -- less aggressive testing of those without symptoms that I believed were the primary reason for the early community spread," she said.

The committee also renewed its request for Redfield to appear before the committee for a transcribed interview, and requested interviews with three additional senior officials: Dr. Martin Cetron, the director of CDC's Division of Global Migration and Quarantine; Dr. Daniel Jernigan, CDC's deputy director for public health science and surveillance; and Dr. Henry Walke, the director of the Division of Preparedness and Emerging Infections in CDC's National Center for Emerging and Zoonotic Infectious Diseases and former incident manager of CDC's Covid-19 response.