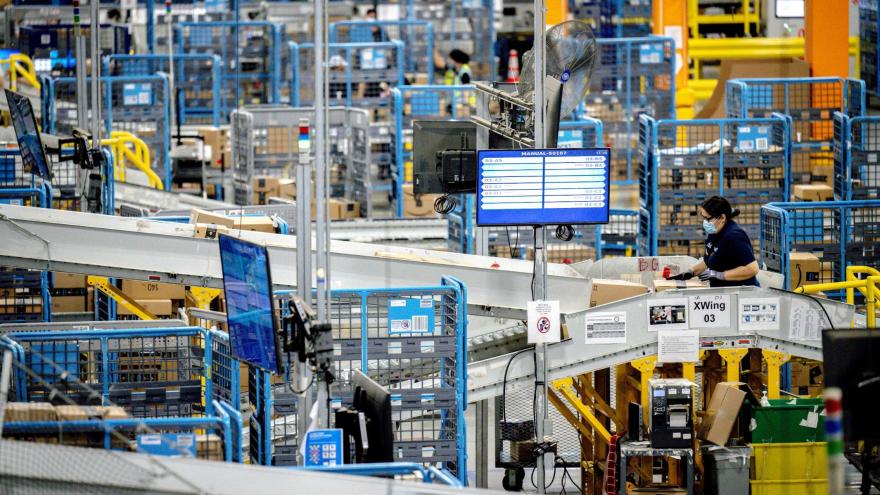 (CNN) -- A House committee will investigate how Amazon treats its workers, following the death of six employees in December when the distribution center they were working in was struck by a tornado.

The House Oversight Committee sent a letter to Amazon CEO Andy Jassy Thursday demanding documents about company practices. It cites reports from December 2021 that supervisors at the Amazon facility in Edwardsville, Illinois, threatened employees and contractors that they would be fired if they left work during the storm. And it said Amazon workers at other facilities were reportedly required to stay on the job during deadly wildfires in California in 2018, extreme heat in the Pacific Northwest in Summer 2021, and dangerous flooding during Hurricanes Irma in 2017 and Ida in 2021.

"As one of our country's largest and most profitable corporations, it is imperative that Amazon protect workers' safety and refrain from practices that could put them I danger," said the letter from committee chairwoman Carolyn B. Maloney, as well as committee members Alexandria Ocasio-Cortez and Cori Bush.

The Labor Department's Occupational Health and Safety Administration is also investigating the deaths at the Edwardsville facility. And the family of one of those killed in Edwardsville has filed a lawsuit against Amazon.

At the time the lawsuit was filed in January, Amazon spokesperson Kelly Nantel said that the suit "misunderstands key facts, such as the difference between various types of severe weather and tornado alerts, as well as the condition and safety of the building."

She also noted that while severe weather watches are common in the area, it is not typical for businesses to shut down operations in anticipation of severe storms.

Friday, Nantel said the company would respond to the letter from the House committee "in due course."

"Our focus continues to be on supporting our employees and partners, the families who lost loved ones, the surrounding community, and all those affected by the tornadoes," she said.

The Congressional probe comes at a time that Amazon is facing new organizing efforts by unions seeking to represent workers at distribution centers in Bessemer, Alabama, and Staten Island, New York.

The House committee said it is also looking for records of the any terminations or disciplinary actions taken against employees or contractors at the two Amazon facilities, as well as facilities like Edwardsville that were dealing with extreme weather.