House committee plans to seek phone records in probe of January 6, including from members of Congress 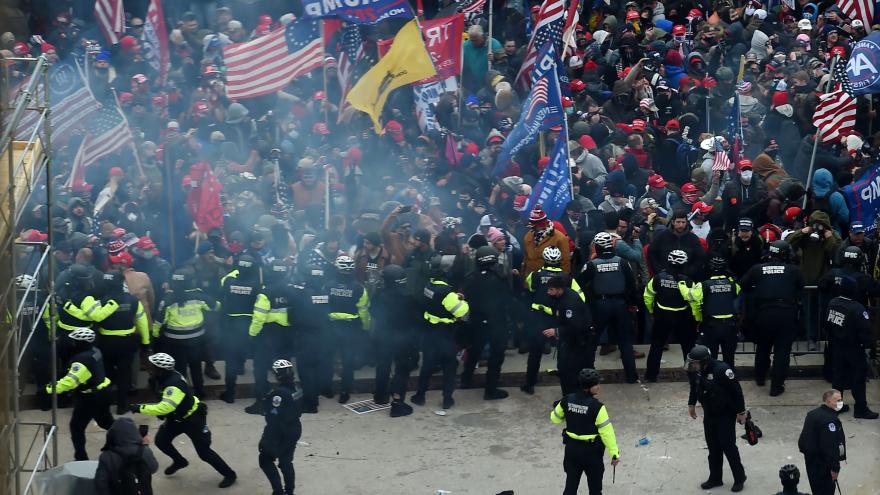 Preserving communications records is the first step in an investigatory process that could eventually lead to witness testimony. The notices are set to go out as soon as this week and provide the first window into the kinds of information the committee plans to pursue.

Democratic Rep. Bennie Thompson, who serves as chairman of the Select Committee, has said that he hopes to issue subpoenas by the end of August. Thompson also has signed off on a broader investigative strategy that will serve as a guide for the panel's work going forward, according to a source familiar with the planning document.

While it remains unclear which members' records the committee is interested in, several Republican lawmakers, including House Minority Leader Kevin McCarthy and GOP Rep. Jim Jordan, have acknowledged speaking to then-President Donald Trump by phone on January 6.

Democrats have also accused some of their GOP colleagues of interacting with individuals who stormed the US Capitol prior to the attack.

In an interview with CNN on Monday, Thompson confirmed the committee was poised to send letters to telecom companies but also indicated they would be sent to social media companies, though he declined to name which ones.

"In terms of telecom companies, they're the ones that pretty much you already know, the major networks, the social media platforms, those kinds of things," Thompson told CNN on Monday.

"I can tell you that we'll look at everything that will give us information on what happened on January 6," Thompson said. "We will look at all records at some point."

The Mississippi Democrat said the letters requesting that records be preserved have not gone out yet, but that there is a wide range of people who the Committee is planning to contact.

"We have quite an exhaustive list of people. I won't tell you who they are. But it's several hundred people that make up the list of individuals we plan to contact," he said.

Jordan, who has said that he spoke to former Trump on January 6, told CNN on Monday that he had not been contacted by the committee to preserve his records, but said if he does he will comply.

"I've got nothing to hide. I've said that along, I've nothing to hide," Jordan, an Ohio Republican, said but then warned that should the committee take that step there could be political retribution.

Much of the committee's work so far has been behind closed doors, and the exact scope of the investigation remains unclear but there are signs it could balloon into a massive undertaking.

The scope and purview of the committee's work was part of what led to Republicans revolting over the concept of an independent bipartisan commission, but the select committee will likely be more expansive than the independent commission Republicans blocked in the spring.

The resolution empowering the Select Committee provides no specific limitations as to what it can and cannot investigate, leaving it up to the Committee to impose its own guard rails and narrower focus.

Initial plans involve compiling massive amounts of data, documents and eventually compelling testimony from a wide swath of potential witnesses, including members of Congress, former members of the Trump administration, and some of the hundreds of rioters who have been charged with assaulting the Capitol that day.

It also appears that the Committee could have limitless resources. Though the group has yet to clarify how much it intends to spend, the flexible language dictating its funding mirrors the framework for the select committee investigating the 2012 terrorist attack in Benghazi. That committee ended up spending close to $7 million over two years.

To date, committee officials have offered few details about potential subpoena targets though GOP Rep. Liz Cheney of Wyoming and other members of the panel have made clear investigators must "get to every piece of information that matters." That likely includes stitching together a detailed understanding of what Trump and his closest allies were doing that day and in the lead up to the attack.

The Select Committee has also begun meeting with relevant agencies at the staff level, one of the sources familiar with the Committee's investigation told CNN, another indication that the probe may finally start ramping up in the coming days and weeks.

The panel has expressed an interest in speaking to former DOJ officials who have been linked to Trump's effort to push false voter fraud claims. CNN previously reported it could seek relevant White House call logs from the National Archives, which has legal custody of all the presidential records from Trump's time in office.

Earlier this month, the Archives acknowledged to CNN that it has possession of the Trump-era call logs and other potentially relevant records from the previous administration. In March, the Archives received a letter from several House committees "requesting records related to the January 6, 2021, assault on the U.S. Capitol," but it is unclear whether White House call logs were considered part of that specific ask.

Still, the Archives noted that there is a process "by which the Congress and the incumbent administration may request access to records of former administrations."

The House committees that signed the March letter have been receiving documents on an ongoing basis from the Archives, according to two sources familiar with the process. Those documents, and other materials relevant to January 6, will be shared with the Select Committee which is now running point on examining all matters related to the attack, the sources added.