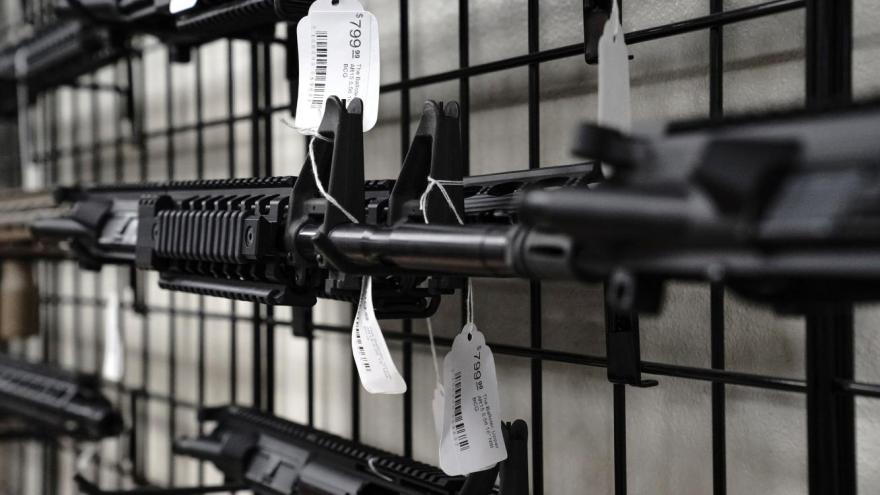 The House Judiciary Committee plans to vote on wide-ranging gun control legislation after a number of mass shootings in America, including at an elementary school in Uvalde, Texas, where 19 children and two teachers were killed.

(CNN) -- The House Judiciary Committee plans to vote as soon as Thursday on wide-ranging gun control legislation after a number of mass shootings in America, including at an elementary school in Uvalde, Texas, where 19 children and two teachers were killed.

The bill would raise the lawful age to purchase a semiautomatic centerfire rifle from 18 to 21 years old, establish new federal offenses for gun trafficking and for selling large-capacity magazines, and allow local governments to compensate individuals who surrender such magazines through a buyback program, according to a person involved in the matter.

It would also establish a new tax credit for the sale of safe storage devices and a criminal penalty for breaking new requirements on the storage of firearms on residential premises.

The package, known as the "Protecting our Kids Act" and first reported by Punchbowl News, would likely pass the Democratic-controlled House but wouldn't overcome a Republican-led filibuster in the Senate.

Sen. Cory Booker, a Democrat from New Jersey, said Tuesday that smaller changes "might save some American lives," but that Republicans would not agree to broader gun control measures that could stop the "daily carnage" of gun violence.

"I am being very candid with people that this is not a negotiation where we should expect the outcome will be cleaning the table on common sense, bipartisan gun safety," said Booker. "Right now, we are at a point where our nation will never be redeemed from this violence until our love of our children is greater than our love of guns and power and money."

Democrats are eager to try to pass gun control legislation after the shooter at Robb Elementary School legally purchased two assault-style rifles and scores of ammunition on his 18th birthday. Since that massacre, there have been at least 17 mass shootings in the United States as classified by the Gun Violence Archive. The US firearm homicide rate in 2020 was the highest recorded since 1994, according to a recent study by the US Centers for Disease Control and Prevention.

There are other efforts to pass legislation in the wake of the Uvalde shooting. A bipartisan group of senators met remotely on Tuesday to see if there is common ground across party lines on new laws, though it is far from clear that the bipartisan effort will amount to anything given the highly polarized political environment.

Democratic Sens. Chris Murphy of Connecticut and Kyrsten Sinema of Arizona, and GOP Sens. Thom Tillis of North Carolina and John Cornyn of Texas, participated, a source familiar with the matter tells CNN.

Further discussions are expected on Wednesday.

"Senators Murphy, Sinema, Tillis, and I had a very constructive conversation about the best response to the horrific events in Uvalde last week, said Cornyn in a statement. "We've asked our staff to continue to work together to address some of the details that we hope to be able to discuss at some point soon."

An aide familiar with the Zoom conversation reiterated that senators are still optimistic that a small package of gun reform measures could come together in the next several days, but the person warned that it is still too early to tell if and when this effort will be successful.

Meanwhile, the International Association of Chiefs of Police and the Fraternal Order of Police sent a letter on Friday to Republican and Democratic leadership in the House and Senate offering to help work on gun measures.

The letter, accompanied by a statement, said, "Our organizations, which represent our nation's chiefs and the majority of our rank-and-file officers, believe that it is imperative that we identify workable solutions that will allow us to dramatically reduce the numbers of Americans killed by gun violence. To that end, the IACP and FOP stand ready to work with any and all interested parties who share our commitment to building a safer future for our communities."