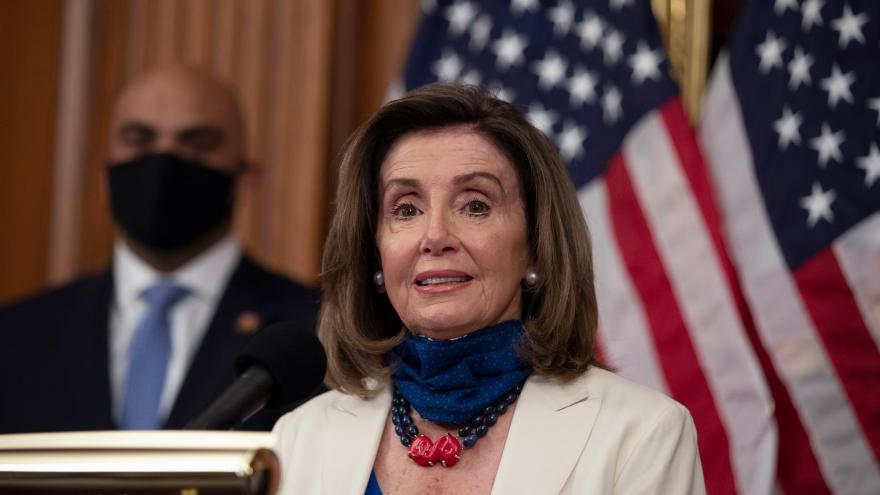 House to vote on police reform bill named in honor of George Floyd.

(CNN) -- The House of Representatives on Thursday passed policing legislation named in honor of George Floyd, whose death in police custody has sparked nationwide calls to address police misconduct and racial injustice and prompted weeks of protests and civil unrest.

The bill passed largely along party lines amid Republican opposition with a final tally of 236-181. Three Republicans crossed party lines to vote in favor: Brian Fitzpatrick of Pennsylvania, Will Hurd of Texas, and Fred Upton of Michigan.

The legislation was put forward by House Democrats and is not expected to be taken up in the Senate. Its passage comes a day after Democrats blocked a competing Republican bill in the upper chamber.

Despite calls from both parties for quick action to address police misconduct, efforts to find common ground have largely devolved into partisan finger-pointing as each side takes issue with the other party's approach. As a result, Capitol Hill is in a stalemate.

The House legislation -- titled the George Floyd Justice in Policing Act of 2020 -- has provisions to overhaul qualified immunity for law enforcement, prohibitions on racial profiling on the part of law enforcement and a ban on no-knock warrants in federal drug cases. It would ban chokeholds at the federal level and classify them as a civil rights violation, and would establish a national registry of police misconduct maintained by the Department of Justice.

"Today with the George Floyd Justice in Policing Act, the House is honoring his life and the lives of all those killed by police brutality and pledging: Never again," House Speaker Nancy Pelosi said at a press event on Thursday ahead of the vote.

"When we pass this bill, the Senate will have a choice: to honor George Floyd's life or to do nothing," the California Democrat added.

Pelosi said last week that she had hoped to bring the Democratic legislation to conference with the Senate GOP proposal. It is unclear, however, whether the Senate will be able to pass any kind of policing measure after the defeat of the Republican proposal on Wednesday. Senate Majority Leader Mitch McConnell has already shot down the House's plan, saying it is an overreach and will not advance in the Senate.

As efforts to enact reform are taking place in a presidential election year, the odds of finding a compromise in the coming months may be even more slim than usual on Capitol Hill.

"The House will do its duty and pass the Justice in Policing bill today. I hope the Senate will do the same, but I fear it will not," House Judiciary Chairman Jerry Nadler said Thursday morning.

Senate Democrats on Wednesday criticized the GOP policing reform proposal as an inadequate response to the national calls to address police misconduct, and they denied Republicans the votes needed to clear a procedural hurdle and open floor debate on the legislation.

Senate Republicans have criticized Democrats in return, arguing that they are being obstructionist and shutting down an open legislative process.

South Carolina Republican Sen. Tim Scott, who introduced the GOP measure, slammed Democrats for blocking debate and said the move was "about politics, and a refusal to find a solution."