House and Senate progressives split over next steps on minimum wage 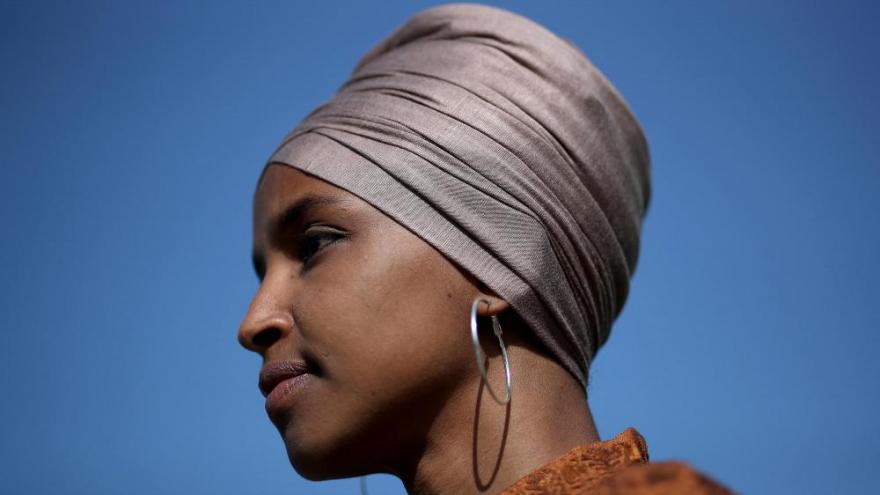 Rep. Ilhan Omar tweeted "Replace the parliamentarian" shortly after the latter's decision to remove the minimum wage provision from the Senate's version of the Covid relief bill.

(CNN) -- House progressives are furious with the Senate parliamentarian's decision to remove the $15 minimum wage provision from the Senate's version of the Covid relief bill, a proposal that is foundational to the left wing's beliefs and one they have fiercely campaigned on, but it is unclear how they will channel that frustration into next steps.

"As a representative of a community that is very deeply impacted by this issue, I know that going back to my family's community in the Bronx and in Queens, we can't tell them that this didn't get done because of an unelected parliamentarian," Rep. Alexandria Ocasio-Cortez, a progressive Democrat from New York, told reporters at the Capitol on Friday.

"All options should be on the table," Ocasio-Cortez added when asked if the parliamentarian should be fired as was done in 2001.

Congressional Progressive Caucus Chairwoman Rep. Pramila Jayapal of Washington state framed the parliamentarian's ruling to reporters as "an advisory opinion" instead of a final judgment.

Even though Vice President Kamala Harris technically has the power to overrule the parliamentarian, it is highly unlikely that that will happen.

But as progressives are showing, this is not a fight they can afford to give up.

"Democrats made a lot of promises in winning the House, the Senate and the White House, and it's going to come up again and again," Jayapal said. "So, we're going to have to make a choice here. Are we going to stick to these rules or are we actually going to use the levers of government to work for the people? To me that's not radical that's governing."

"I think it is really important for us to draw a hard line," Omar said on CNN's "Inside Politics."

"This majority wasn't given to us to sit on the sidelines," Omar continued, adding that it is "unacceptable" for Democrats to "continue to come up with excuses on why we can't do the right thing on behalf of the American people."

Even though progressives have made their deep-seeded anger well-known, short of withholding their vote on the Covid package, which none have signaled is a move they will take, their options are limited in terms of how they can force Congress to pass a $15 minimum wage bill given the makeup of the Senate.

"Progressives are furious with the parliamentarian's move and are pushing for the decision to be overruled, but they are not likely to sink the entire relief package over this. We all recognize that the real fight is over the filibuster and will continue to push to make sure we get rid of the filibuster so we can pass the President's agenda," a senior staffer to a prominent progressive member tells CNN.

As Ocasio-Cortez sees it there are two immediate options progressives can take: "Do something about this parliamentary obstacle or abolish the filibuster."

Ocasio-Cortez also floated to reporters that a standalone bill could be possible, but pointed to the hurdle that Democratic Sens. Joe Manchin of West Virginia and Kyrsten Sinema of Arizona, who are against raising the minimum wage through reconciliation, present in the Senate.

While House progressives are calling for dramatic and bold action to push a minimum wage increase through, their counterparts on the Senate side are far more measured on the topic. When the parliamentarian's ruling was revealed, Sen. Bernie Sanders, an independent senator from Vermont who caucuses with the Democrats, did not entertain the idea of ignoring her ruling or breaking up the filibuster. Instead Sanders offered up an alternative plan to withhold tax breaks from large corporations from companies who refuse to pay their workers at least $15 an hour.

"In the coming days, I will be working with my colleagues in the Senate to move forward with an amendment to take tax deductions away from large, profitable corporations that don't pay workers at least $15 an hour and to provide small businesses with the incentives they need to raise wages. That amendment must be included in this reconciliation bill," Sanders said in a statement.

His plan was quickly supported by other key Senate leaders like Majority Leader Chuck Schumer.

"Schumer is looking at adding to Senate Covid bill a new provision to penalize large corporations that don't pay their workers at least a $15 minimum wage," a senior Democratic aide told CNN. Sen. Ron Wyden, an Oregon Democrat and the chairman of the Senate Finance Committee called the idea a "Plan B".

The quick pivot to the alternative proposal shows Senate Democrats, even the most progressive ones, are unwilling to buck the traditions of the institution for something like a minimum wage hike despite the pleas from their House counterparts who don't have the power to make it happen.

Ocasio-Cortez was open to the idea of the tax penalty, telling reporters Sanders is "doing the right thing" by introducing the last-minute proposal, but warned "it's certainly not a replacement" for the long coveted $15 minimum wage legislation.

Members of the progressive group of Democratic lawmakers known as "The Squad" are not stopping from putting the pressure on the upper chamber to break with tradition. Omar said on CNN Friday that she wants to push the Senate and White House "to do the right thing" and "if not, then we have to look at our options in the House when the bill returns to us."

"I mean it's really important for us to use every single opportunity we have to engage in this fight to provide an actual path to increasing the minimum wage," Omar added.

A slew of progressive groups -- including Battle Born Collective, Justice Democrats, Data For Progress, Sunrise Movement and New Deal Strategies -- put out a joint statement Thursday night calling on lawmakers to put forward minimum wage as a standalone bill and abolish the filibuster if needed.

"Democrats should bring President Biden's popular policies — like a $15 minimum wage — straight to the Senate floor under regular order. If Republicans choose to block them, Democrats must abolish the filibuster to pass them. This approach is morally right, and it will deliver bigger, better results that the American people desperately need. It's that simple," the groups wrote.

The trepidation that most members of Congress feel over sending a minimum wage bill over to the Senate does not seem to faze Jayapal.

"The fears are not real," Jayapal said Friday, highlighting that progressives have public opinion on their side. "We have to bring all of that data out clearly including from constituents in West Virginia."

CLARIFICATION: This story has been updated to reflect two Democratic senators are against raising the minimum wage through the reconciliation process.