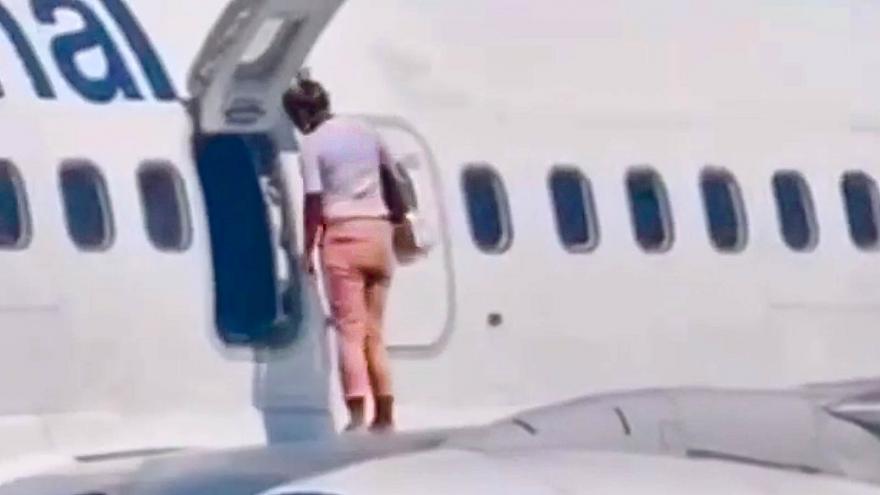 (CNN) -- We've all experienced the frustration of being stuck on an airplane, so close to the end of the journey, yet forced to wait while some technical problem is sorted out.

But while common sense stops most people from opening the doors ourselves, one passenger in Ukraine apparently decided the best course of action was to pop open the emergency exit and take a stroll on the aircraft's wing.

A minute-long video has emerged of the woman, dressed in a white top and light pink trousers, hanging out on the wing in front of stunned onlookers at Boryspil International Airport in Kiev, before being summoned back on board by the airplane's crew.

The unidentified passenger, who was traveling on a Ukraine International Airlines flight from Antalya, Turkey to the Ukranian capital with her husband and children, was reportedly overheard saying she was "too hot" and needed to cool down.

Her unauthorized walk on the wing of the Boeing 737 has seen her banned from all future UIA flights.

According to a statement from the airline, airport security and police attended the scene, along with doctors, who determined the woman "was not under the influence of alcohol and/or drugs."

The Ukraine airline went on to criticize the passenger for setting an inadequate "parental example," stressing that she may be subject to "an exceptionally high financial penalty in the form of a fine."

A spokesperson for Boryspil International Airport declined to comment on the incident, which took place on August 31. 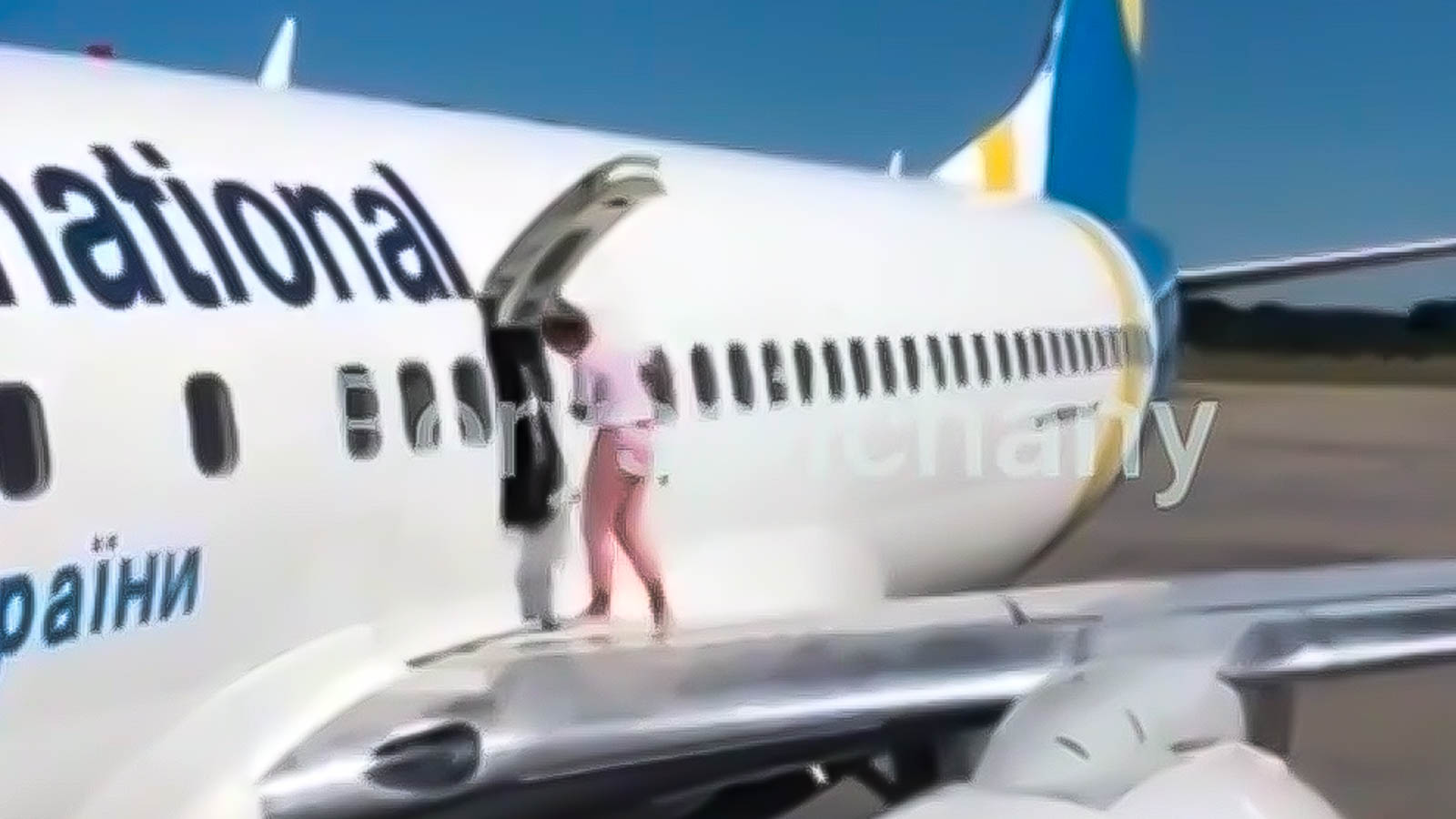