Hot air balloon crash-lands into a crowd at a Missouri festival, injuring one 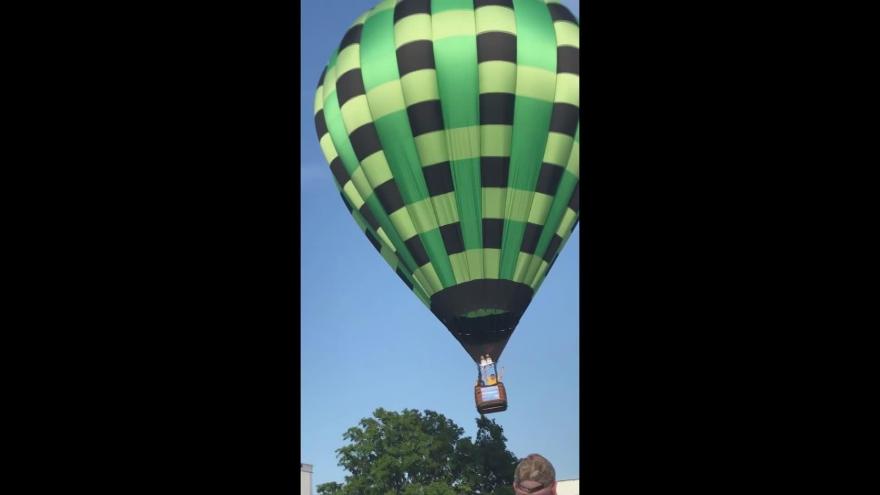 Stephanie Haught said she barely got out the way before a hot air balloon crashed in Hannibal, MO, on Saturday. You can see a man in the basket waving to people to move.

(CNN) -- Festivities at a hot air balloon festival in Missouri abruptly turned into fright as one of the balloons botched its landing and crashed into crowd of spectators.

A young girl suffered minor injuries after the balloon crashed through some tree limbs and struck spectators at the Hannibal Bicentennial Celebration on Saturday evening.

An "experienced balloonist" was attempting to land when the hot air balloon grazed a tree, tipping the basket, the event committee told CNN affiliate KHQA.

"Thankfully, there were no serious injuries, and the event continued," the committee said in a statement.

Another event attendee told KHQA the basket hit the ground right behind him and "ran over his mother." Other than a small cut on her finger his mother is fine, he said.