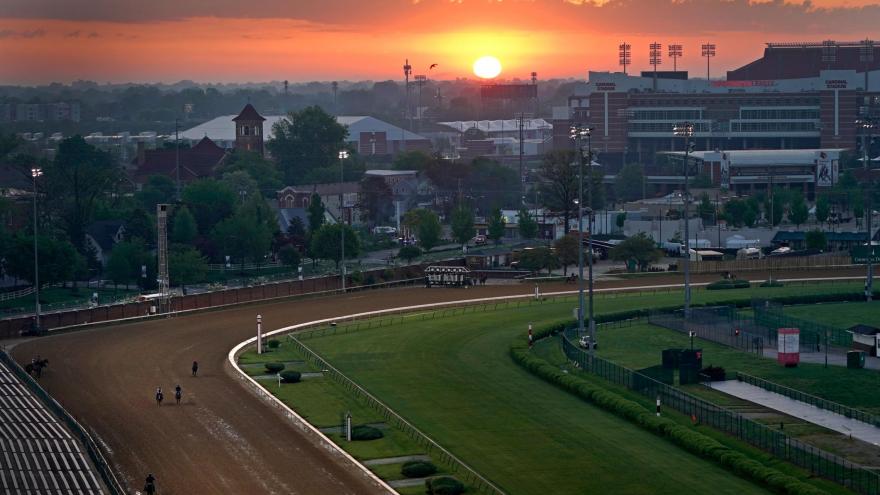 (CNN) -- A horse named after slain Louisville woman Breonna Taylor ran its way into the winner's circle on Thursday in a Derby Week race at Churchill Downs.

The horse overcame wet, muddy conditions and beat the five other horses by a wide margin.

Taylor, a 26-year-old aspiring nurse, was killed last March in a botched police raid on her apartment. US Attorney General Merrick Garland announced on Monday that the Justice Department would investigate practices at the Louisville Metro Police Department, which conducted the deadly raid.

Aguiar told WAVE that it was his wife's idea to name the horse after Taylor, because it is "resilient and beautiful." Race horses get their names during their second year of life, and the names can be changed any time before their first race, according to The Jockey Club rules.

"Any time we win a horse race is exciting ... But it takes it to a new level when you name your horse Breonna in honor of #BreonnaTaylor, the horse wins at Churchill Downs on Derby week, and you hear so many people #SayHerName," she wrote in a post.